The story has been written by Sajid - Shamsher while Dilip Mistry and Ricky Gupta are choreographers. 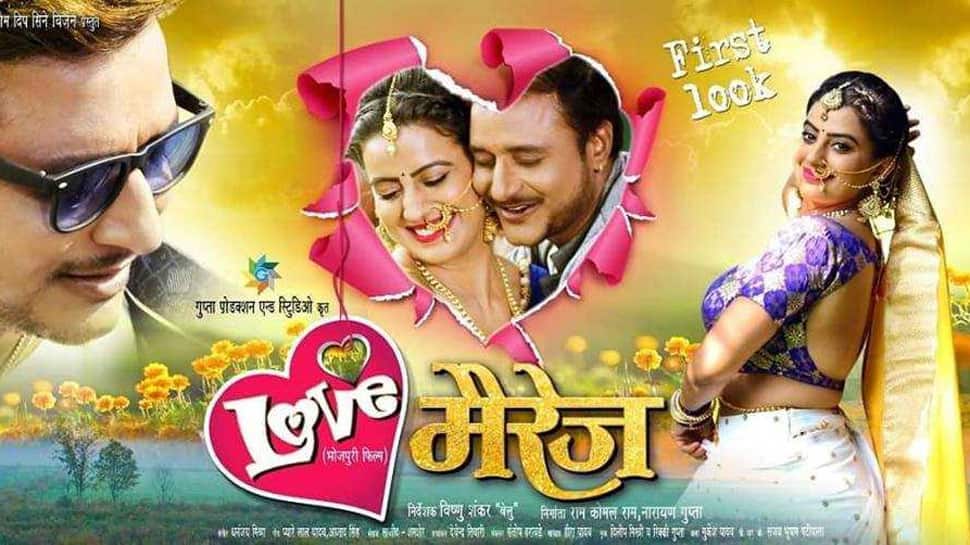 New Delhi: One of the leading ladies in Bhojpuri film industry Akshara Singh will next be seen opposite popular actor Amrish Singh in 'Love Marriage'. The first look poster of the movie has been released and it promises to be a hardcore romantic drama.

Vishnu Shankar Belu has directed the venture and Om Deep Cinema Vision has presented it. The movie is touted to be female-centric and will present great chemistry between the lead pair of Akshara and Amrish.

The director said, “The lead pair has worked very hard for the movie and it was amazing working with the two of them. Soon, we will release the trailer of the film. We are hoping that 'Love Marriage' will become the biggest blockbuster of this year.”

The actor celebrates his birthday and it coincided with the first look poster launch event. The team ushered in the birthday celebrations and wished Amrish on his special day.

Akshara Singh maintained that the film has started on a happy note and we are hoping that it will do good at the Box Office. The actress said that she is that her fans will like the film.

The story has been written by Sajid - Shamsher while Dilip Mistry and Ricky Gupta are choreographers. Devender Tiwari is the DOP and Mukesh Yadav has taken care of the art work. Santosh Hadavade has handled the compilation and action has been directed by Hira Yadav respectively.