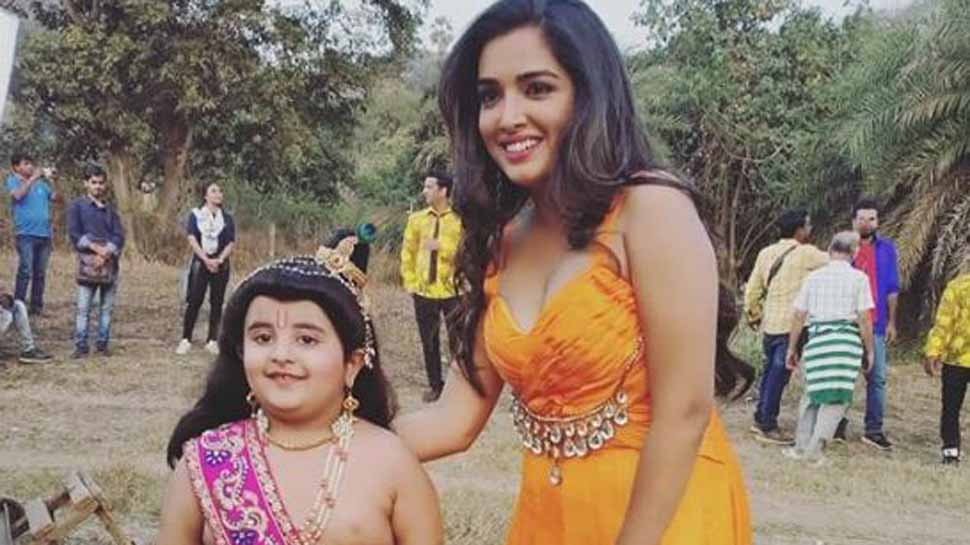 The actress recently took to share a picture with a child artist and wrote, "With this cutie golu molu Bal Krishna both of us were shooting on the same location."