The show became the talk of the town and received immense love and support from the viewers.

Nitesh, also known as Bholu Raja is the youngest in his family, was awarded the cash prize of Rs. 2.5 lakhs along with a scholarship from Sunrise foods worth Rs. 1 lakh. 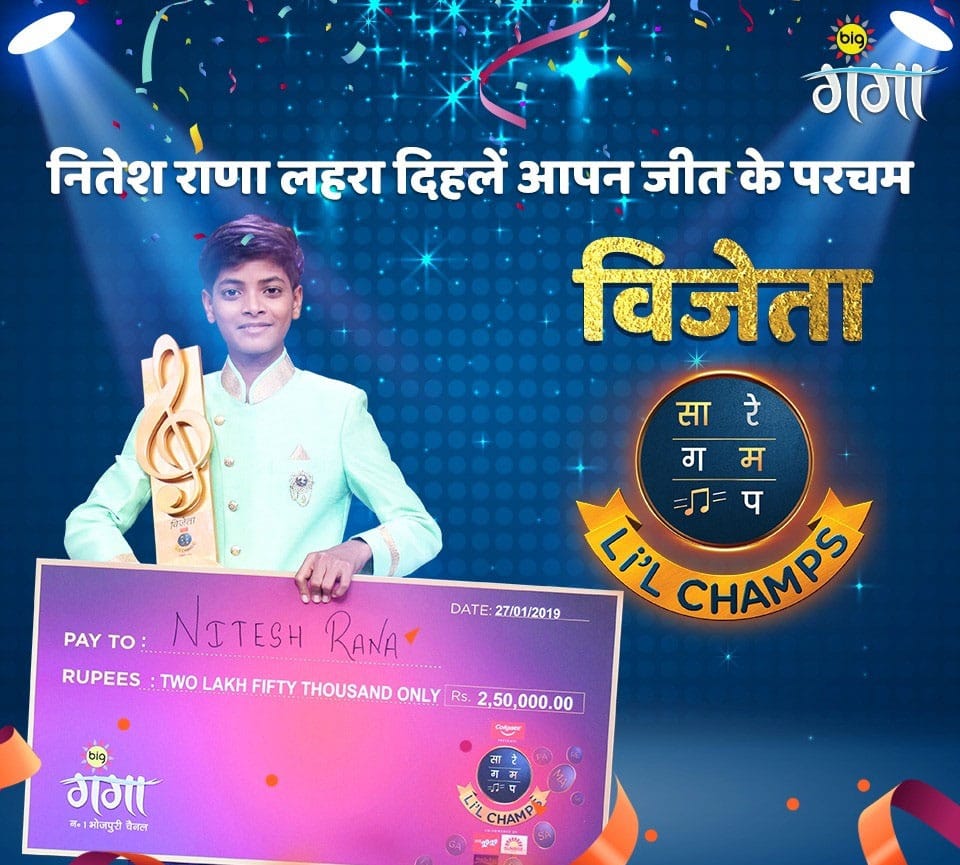 The finale of the show was upped in terms of its entertainment quotient with the participation of top Bhojpuri celebs viz. Dinesh Lal Yadav "Nirahua", Anjana Singh, Madhu Sharma, Shyamli, Vinay Anand and Amrapali Dubey, making it a memorable evening for everyone.

The participants went through weeks of stringent levels of assessment and multiple rounds to prove their mettle and claim the title.

Tusha Banku, the 13 years old contestant from Gonda, UP was announced as the 1st runner up and was awarded the cash prize of 1.5 lakh.

Throughout the show, contestants were mentored by some of the best-known names of the industry like Manohar Kumar, Rini Chandra, Mamta Raut and Vikas Tiwari who guided each one of them and helped them further polish their skills. All these mentors are not only deep-rooted artists but well-known Bhojpuri singers as well.

Over the last few years, there was no platform available for kids in the region to showcase their singing talents, BIG Ganga broke the norm by offering one of the biggest singing platforms for to the deserving talents.

The show became the talk of the town and received immense love and support from the viewers.