For the outing, Monalisa opted for a de-glam look. She wore a blue printed long dress with matching headband. 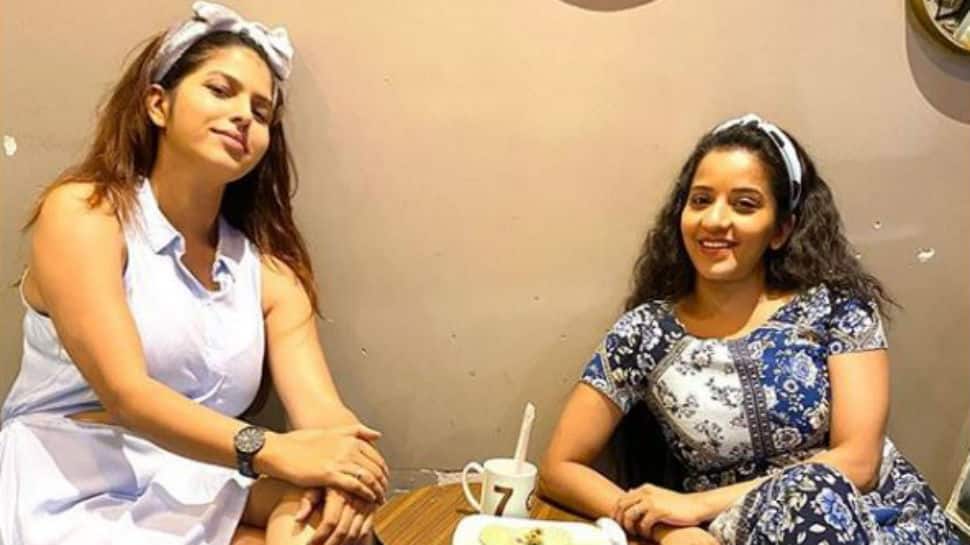 New Delhi: Bhojpuri bombshell Monalisa is giving us major TGIF feels in her latest Instagram post, which features the actress with her best friend Riya Singh. Both Monalisa and Riya rock casual outfits and smile for the cameras. For the outing, Monalisa opted for a de-glam look. She wore a blue printed long dress with matching headband.

"Chae shae, guppe shappe with my bestie," she captioned the post. The picture will surely remind you of our BFF.

Take a look at the picture here:

Monalisa, an avid social media user, is hugely popular among the masses. She enjoys a fan-following of 2.7 million followers. She is equally popular in the Bhojpuri film industry and now, after starring in shows like 'Bigg Boss' and 'Nazar', she has earned a fan base in the TV industry too.

Her posts on Instagram go crazy viral and she manages to treat her fans to some stunning pictures of herself almost everyday. Recently, she took the internet by storm with a picture of herself clad in a bikini.

Monalisa, whose real name is Antara Biswas, is at the peak of her career right now. In 'Nazar', Monalisa stars as the prime antagonist Mohana, for which she has earned rave reviews and also bagged an award for being the 'most stylish vamp' recently.

Monalisa is also an established name in the Bhojpuri film industry. She has worked with several A-listers of the industry. She is married to actor Vikrant Singh Rajpoot.