Monalisa, dressed in a green sari and matching blouse, oozes oomph and her expressions are just on point 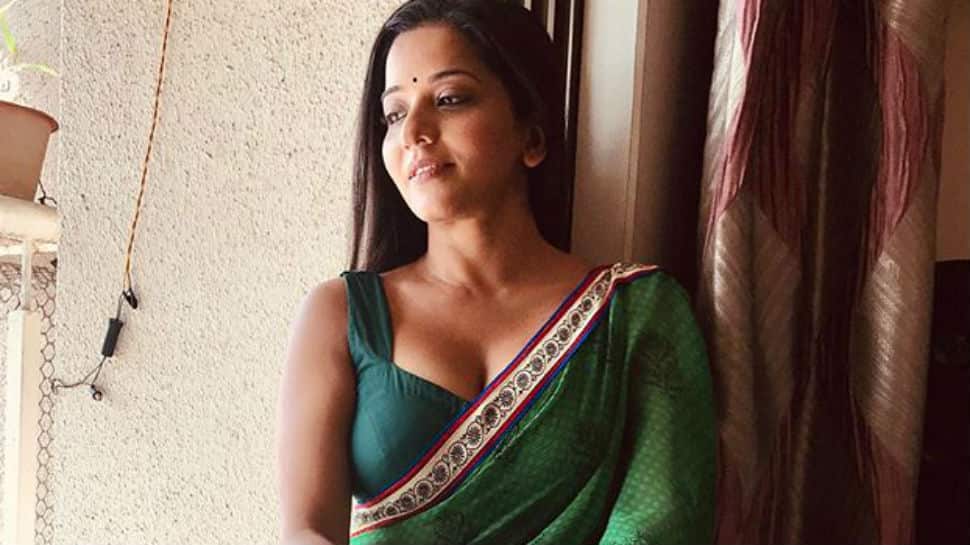 New Delhi: Bhojpuri bombshell Antara Biswas aka Monalisa is yet again breaking the internet with her dance moves in her latest Instagram post. It features Monalisa flaunting her moves on the song 'Pehla Nasha, Pehla Khumaar' and enjoying her time during the monsoon rains.

Monalisa, dressed in a green sari and matching blouse, oozes oomph and her expressions are just on point.

Monalisa is one of the top stars of the Bhojpuri film industry and has several films and dance sequences on her resume. She has worked with several A-listers of the industry and is adored by many of her fans.

She is equally popular on social media and has over 2 million followers on Instagram. Every day, she treats her Instafam to some lovely pictures and videos of herself.

Monalisa became a household name after featuring in the reality show 'Bigg Boss', where she got married to her longtime boyfriend Vikrant Rajpoot.

After 'Bigg Boss', she moved her base to TV and currently stars as the prime antagonist Mohana in 'Nazar'.

Rani Chatterjee has a surprise in store for fans—See inside