The movie has been shot in film city, Hyderabad. 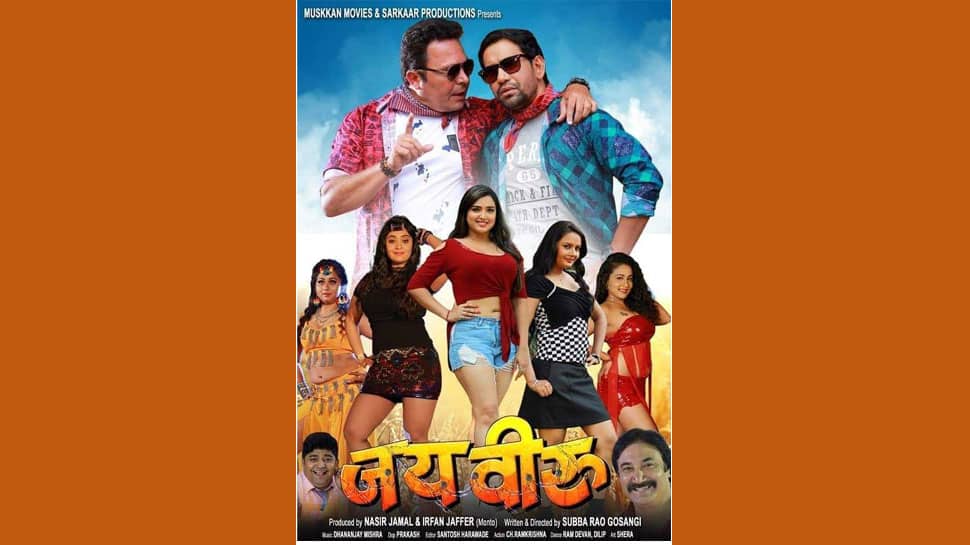 New Delhi: Bhojpuri jubilee star Dinesh Lal Yadav 'Nirahua', who is contesting the ongoing Lok Sabha Elections from Azamgarh constituency from Bharatiya Janta Party (BJP) has a major release hitting the screens on June 13, 2019. The trailer of the movie went viral within hours of being uploading on YouTube.

The trailer has fetched 253,350 views on YouTube in flat 12 hours. Looking at the sensation the trailer has created, looks like the film will be a huge hit. This comedy actioner stars the super hit Jodi of  Nirahua and Aamrapali Dubey in the lead roles. Besides, Hyderabad superstar Mast Ali aka Saleem Pheku and Nisha Singh's on-screen Jodi will entice the audience as well.

The film is made under the banner of Muskaan Movies India Pvt. Ltd and Sarkaar production. It has been produced by Naseer Jamal and Irfan Jaffer (Manto). Subbarao Gosangi has directed the actioner. The makers are happy with the response to the trailer of 'Jai Veeru' has got from fans and they are ready for the big release of the movie on June 13.