The devotional track is trending at number 12 on YouTube and the actor thanked his fans on Instagram. 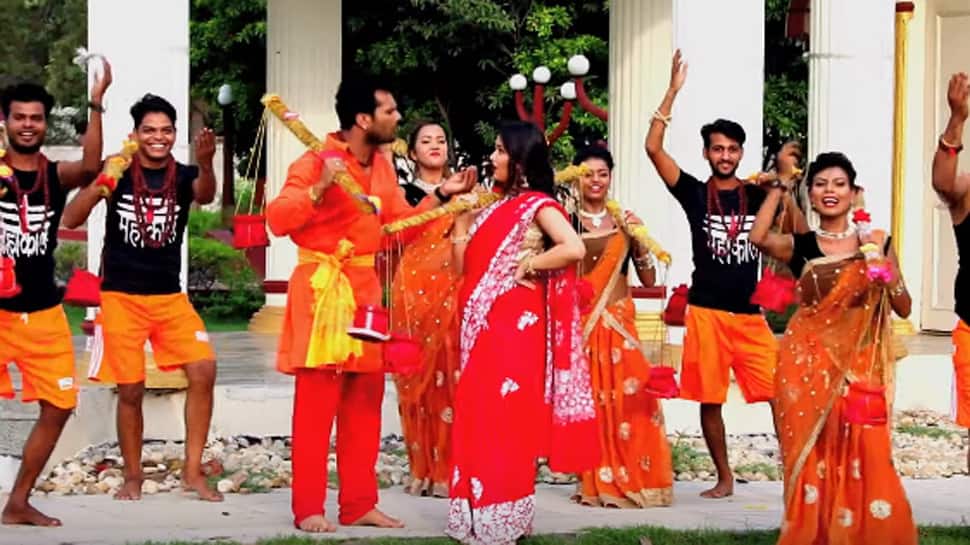 New Delhi: It is the auspicious month of Sawan or Shravan and how can our celebrities not pay obeisance to the Lord. Prominent Bhojpuri actor Khesari Lal Yadav, who started off as a singer has crooned several hit Kanwar songs for past few years.

This year too, he has released a few peppy Kanwar tracks which have gone viral on the internet. His latest song 'Aage Chal Jal Mili' also features Sneh Upadhyay besides himself.

The song has been sung by Khesari Lal Yadav and Sneh Upadhyay. The music has been composed by Ashish Verma. The lyrics are penned by Pyarelal (Kavi Ji), Azad Singh and Shyaam Dehati.

The devotional track is trending at number 12 on YouTube and the actor thanked his fans on Instagram.

#Trending Now Thanks For Your Love #Keep_Blessing

In Sawan, several devotees set out on a yatra by foot, popularly known as 'Kanwar Yatra'. In the Kanwar Yatra, bhakts carrying sacred water in pitchers that are tied to a bamboo pole set out on a spiritual journey. The pole is carried by devotees who balance it on their shoulders without letting the pitchers on either side move from its position.

They fill the pitchers with holy water from different Shiva temples they come across while travelling. Usually, they travel on foot to Haridwar and Gangotri for holy water from Shiva-Parvati temples. The devotees also sing and dance while on their spiritual journey.