Yadav is lodged in the Birsa Munda Central Jail in Ranchi, Jharkhand, since December 2017 in these cases. 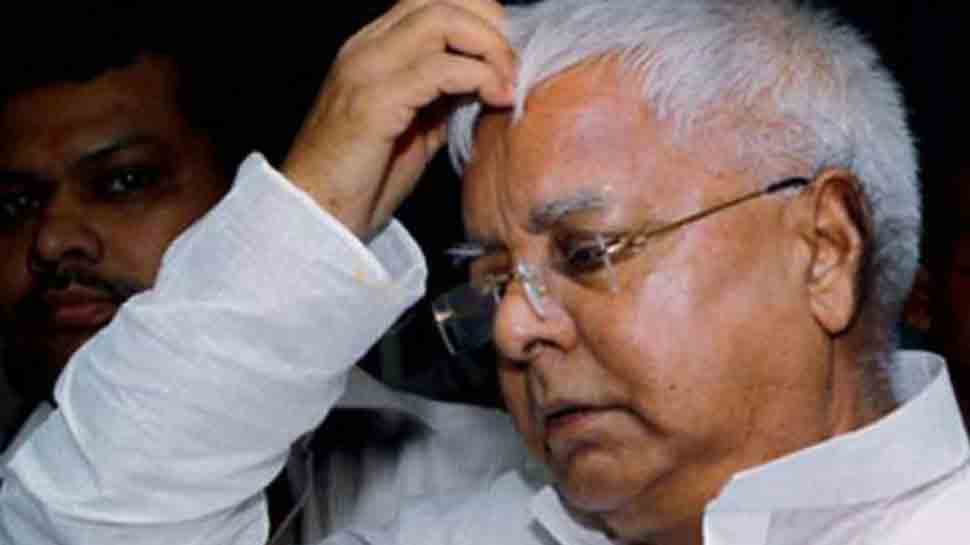 A bench headed by Chief Justice Ranjan Gogoi asked the Central Bureau of Investigation (CBI) to respond in two weeks on Yadav's plea challenging the January 10 verdict of the Jharkhand High Court rejecting bail to him in these cases.

The over Rs 900 crore fodder scam relates to fraudulent withdrawal of money from treasuries in the Animal Husbandry department in early 1990s when Bihar and Jharkhand were one state and the RJD was in power with Yadav the chief minister.

Yadav is lodged in the Birsa Munda Central Jail in Ranchi, Jharkhand, since December 2017 in these cases.

In the Jharkhand High Court, the RJD supremo had cited old age and poor health for grant of bail.

Yadav, 71, had said he was suffering from diabetes, blood pressure and other ailments and that he had already obtained bail in one of the fodder scam cases.

He has been convicted for fraudulent withdrawal of money from Deoghar, Dumka and two Chaibasa treasuries. Yadav got bail in one of the two Chaibasa-treasury related cases.

He is currently facing a fifth case pertaining to Doranda treasury.

The RJD chief has been undergoing treatment at the Rajendra Institute of Medical Sciences in Ranchi.