He will himself explain: Nitish Kumar on reports about Prashant Kishor working for Mamata Banerjee

Prashant Kishor will attend the national executive meeting of Janata Dal-United on Sunday. 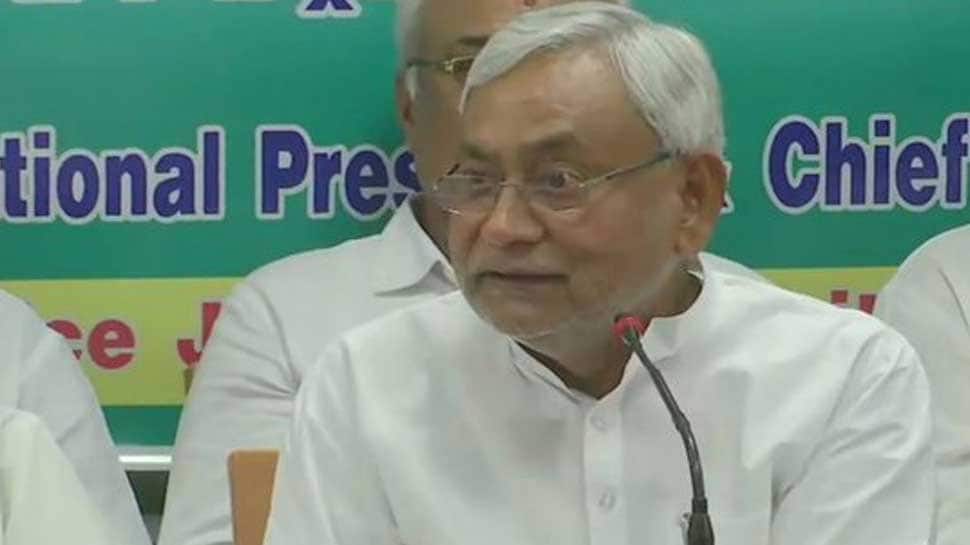 PATNA: Bihar Chief Minister Nitish Kumar on Saturday said that his key election strategist Prashant Kishor will himself explain whether or not he is going to work with West Bengal Chief Minister Mamata Banerjee in the coming state assembly elections.

"Prashant Kishor will himself speak about all this tomorrow (Sunday) during the party's national executive meeting. He joined our party only last year," Nitish told reporters.

Nitish Kumar on Prashant Kishor to work with Mamata Banerjee:He'll tell about it himself tomorrow at National Executive meeting.He joined our party last yr; he is associated with election strategy organization too&whomsoever he works for under it has nothing to do with our party pic.twitter.com/RDjx529JtU

The veteran Bihar politician also sought to downplay the issue, saying that his party has nothing to do with Prashant Kishor eventually deciding to work for other political parties.

"Kishor is associated with an election strategy organisation too. Whomsoever he works for under the banner of his organisation, it has nothing to do with our party. The JDU has no relation with his work," the Bihar Chief Minister said.

He, however, said that action may be taken against him if there is any complaint against him.

"We have not received any complaint against Prashant Kishor. If we get a complaint, we will take a decision accordingly," he said.

Remarks from Nitish Kumar came in the light of reports that his key election strategist and the party's vice president Prashant Kishor is going to work for the TMC in the coming Assembly polls in West Bengal.

During the press briefing, Nitish also explained why his party decided not to join Prime Minister Narendra Modi-led government at the Centre.

"We do not want a symbolic representation. Still, we are with Prime Minister Modi led NDA government. JDU has its own way of working for the people," he said.

Kishor, who is credited with successfully strategising PM Modi`s Prime Ministerial campaign in 2014 and some others after that, met West Bengal Chief Minister Mamata Banerjee on Thursday during which he is believed to have agreed to work with her in the state.

It is said that Kishor, who last year joined JDU, was feeling sidelined due to the internal power struggle within the party.

The saffron party said that Kishor is not a "bigger" strategist than its president Amit Shah.

BJP general secretary Kailash Vijayvargiya said the people of Bengal have lost confidence in Chief Minister Banerjee and no poll strategist can turn the tide.