During the 'dangal', five local wrestlers showed their wrestling skills to the RJD leader one by one. 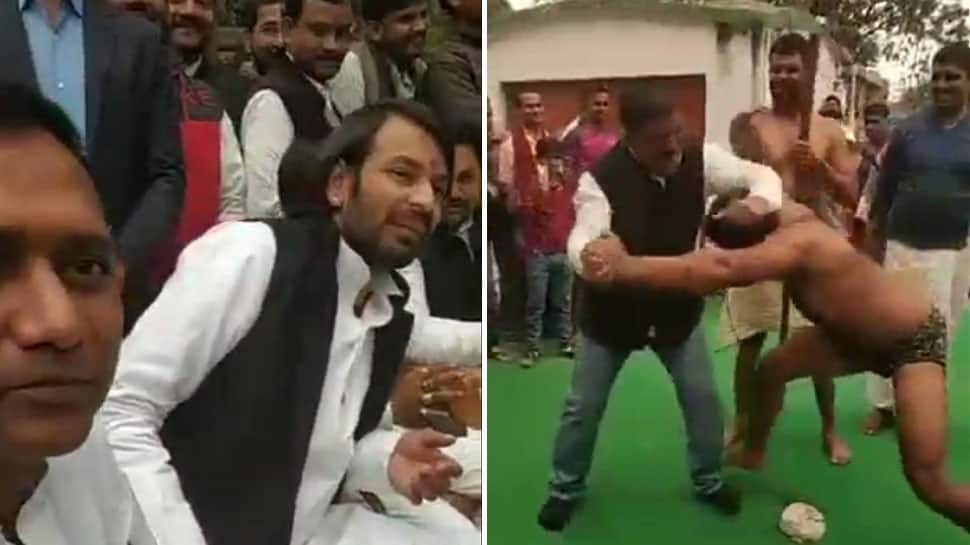 This time, the former Health Minister of Bihar has hogged the limelight for turning his party office in the state capital into a wrestling ring.

It has come to light that Tej Pratap and his close aides had organised a 'dangal' (wrestling match) at the RJD office in Patna on January 26 - the day when the entire country celebrated 70th Republic Day.

According to reports, Tej Pratap had come to the RJD office on January 26 along with his close aides. As the news spread, some local wrestlers too came to the party office to meet him.

At Tej Pratap's insistence, his supporters arranged for a 'dangal' at the party office in no time.

During the 'dangal', five local wrestlers showed their wrestling skills to the RJD leader one by one.

During the 'dangal', Tej Pratap even asked his supporters and the RJD workers to fight with the wrestlers.

However, no one came forward to take on the challenge thrown by the local wrestlers.

Tej Pratap fully enjoyed the 'dangal' between the wrestlers and later felicitated them with a cash prize of Rs 5,000.

The RJD leader also assured the wrestlers of a government job so that they can sustain their families.

It may be recalled that Tej Pratap, who is locked in a bitter court battle for divorce with his wife Aishwarya Rai, has been clicked dressed as Lord Krishna, making 'jalebi' (local sweet), and pumping iron at a local gym.

Tej Pratap was sometimes back clicked riding a bicycle on the streets of Patna during which he had a bitter fall.