Battle for Laxmibai: Will Kangana Ranaut succeed in becoming the Rani of Jhansi?

If she manages to play the Rani of Jhansi, she would have succeeded where others like Vyjanthimala, Hema Malini, Raakhee Gulzar and Sushmita Sen could only dream of. 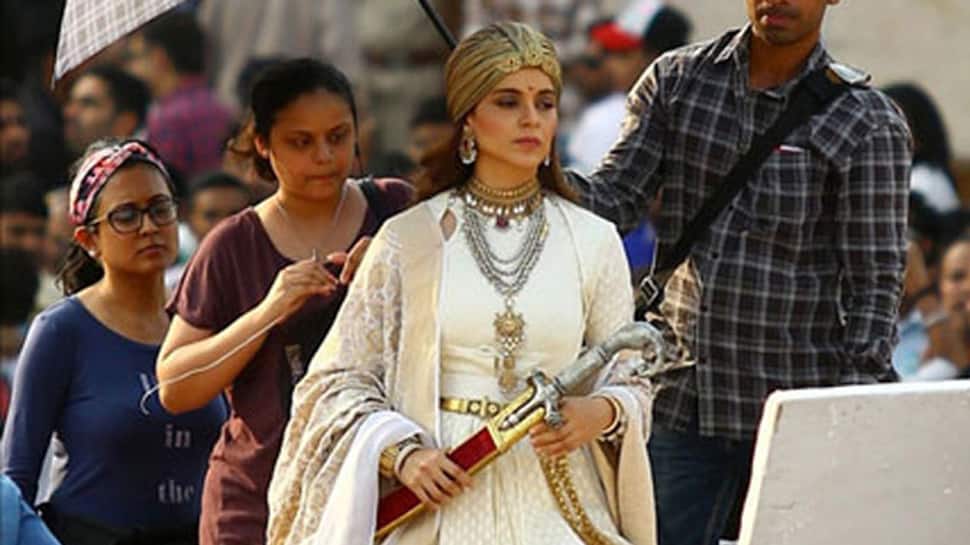 Will Kangana Ranaut's dream of playing the Rani of Jhansi ever materialize? Sources say the film Manikarnika is far from completion while its producer swears it will release this coming Republic Day.

The film started on a negative note, with leading lady Kangana's moral and legal skirmish with filmmaker Ketan Mehta over the creative rights on the material, and this may cost the project its very existence.

Ketan Mehta was not in the mood to let go of what he considers his creative property. Mehta never got down to making the film even after pledging he would, in spite of Kangana's exit from his version of the historic tale.

Says a source close to the development, "Ketan Mehta is not a novice. He is a very well-informed filmmaker. He will fight Kangana and her plans to take Rani of Jhansi away with intellectual rather than emotional heft. His salvo against Kangana, dragging her to the Economic Offence Wing, was not a hasty decision. Ketan is in this for the long haul."

And why not? He has spent six years researching for the Rani of Jhansi. Way back in 2007, he planned to make the Rani of Jhansi with Aishwarya Rai. This was right after she had turned down Mehta's Mangal Pandey, where the director had offered her the role that Ameesha Patel eventually performed.

All seemed to work out until the budget played a villain and vamp.

In 2015, right after he completed his Dashrath Manjhi bio-pic, The Mountain Man, Ketan Mehta revived the project with Kangana on board as the Rani of Jhansi. All seemed to be going smoothly when the actress simply decided to walk out of her commitment to Mehta and right into another project with a more affluent producer and a more pliable director.

Mehta claims he will go ahead with his version of Rani of Jhansi. Deepika Padukone and Radhika Apte are two strong contenders to play Mehta's Rani Laxmibai aka the Rani of Jhansi.

Sushmita Sen would be more than slightly envious if either or both the above Rani of Jhansi projects helmed by Krish and/or Ketan Mehta, materialized. Sushmita spent three years researching, planning and preparing to play the Rani of Jhansi.

I remember visiting her in 2007. She had turned an entire floor of her high-rise duplex into a creative war-zone populated by sundry academicians, research scholars, data collectors, costume designers… Hell, she was excited! She had decided to turn producer with her banner, Tantra Films, and she was practising horse-riding and sword-fencing for a role every Indian actress hankers to play.

But the project fell apart. The story of her life… No one has been able to do a tenable Bollywood version of the Laxmibai saga since Sohrab Modi in 1956.

If Kangana Ranaut manages to overcome the various mindboggling hurdles to finally see herself as the ultimate warrior queen on screen she would go where many prominent actresses, from Vyjanthimala to Hema Malini to Raakhee Gulzar to Sushmita Sen, have only dreamt of going.