Anil and Aishwarya will be seen in Atul Manjrekar’s ‘Fanney Khan’ and speculations were rife that they will be romantically paired in the film! 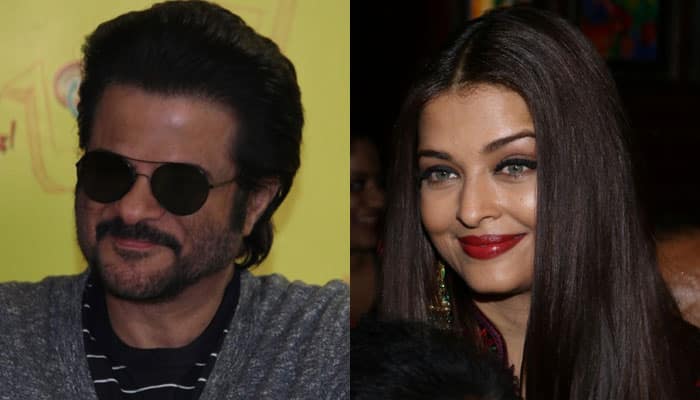 Mumbai: Though Aishwarya Rai was not paired opposite Anil Kapoor in Subhash Ghai’s ‘Taal’, they shared great chemistry on screen. Later, they even cast a spell as a couple in Satish Kaushik’s ‘Humara Dil Aapke Paas Hai’. And now, after 17 years, the duo is teaming up for the third time!

Anil and Aishwarya will be seen in Atul Manjrekar’s ‘Fanney Khan’ and speculations were rife that they will be romantically paired in the film! But the latest report puts all rumours to rest.

According to a report in Bollywoodlife.com, Anil has not been paired opposite Ash.

“Most exciting part is she (Aishwarya) is not opposite me. So that makes it different. Not that she was opposite me in Taal she was opposite Akshaye Khanna. But there was a certain undercurrent of romance in Taal and Hamara Dil AApke Paas Hai she was my wife,” Bollywoodlife.com quoted Anil as saying.

“So we both are strangers in the film, strangers who come together but there is no romance which makes it exciting. That is the different part of our casting,” Kapoor added.

The film slated to release in April next year will go on floors by the end of August and also star Pakistani actor Mehwish Hayat.