Amavas movie review: Never judge a 'bhoot' by its 'kabr'

Sachiin Joshi (who also produces the film) and Nargis Fakhri are a couple facing some problems because well, he hears things. 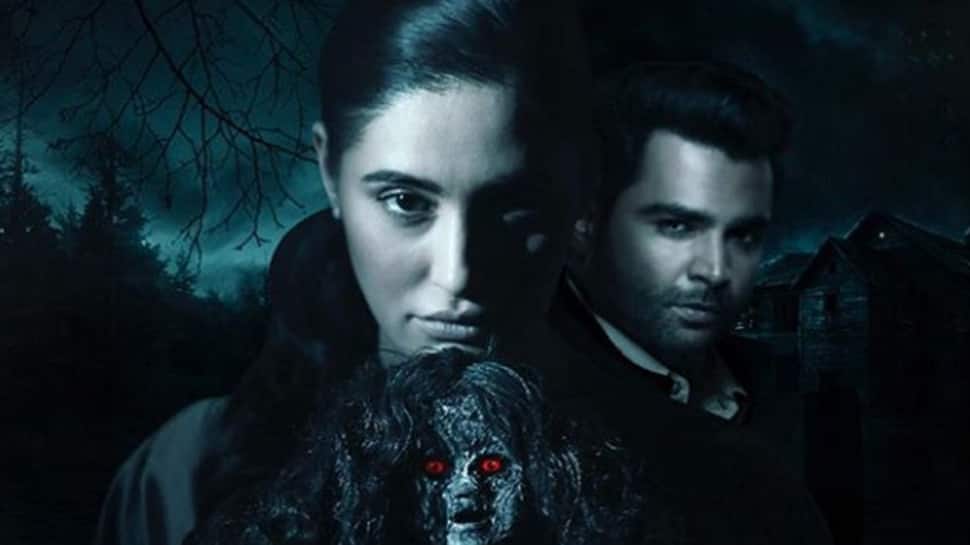 The immovable tropes of the horror genre in Bollywood, move! Well, somewhat. For a very long time I watched "Amavas" with growing apprehension that it won`t move beyond the known terror tactics. You know, the creaky doors, clanging bells, corpses banging from down under, women in negligible negligees running for their lives.

Death is indeed a "grave" matter in Hindi horror, what with the graveyard being a favourite haunt of horror. "Amavas" doesn`t visit any graveyard but a grave plays an important part in the rites of exorcism. The film presses all the right buttons, ticks all the boxes.

Sachiin Joshi (who also produces the film) and Nargis Fakhri are a couple facing some problems because well, he hears things. You know, like a schizophrenic. But don`t panic. He is seeing a shrink. Mona Singh as the resident psychiatrist (she has only one patient, and the paycheck, if that patient is Sachiin Joshi, is enough to pay all her bills, and then some more) gives the most credible performance in a shiver giver that has more meat towards the end than the genre generally permits.

For most of the film, Joshi and Fakhri look very unhappy with one another. Before perceptive critics jump in with cries of "no chemistry", let me hasten to point out that a crisis from the horror hemisphere comes tumbling out only when there is tension between the lead pair. Don`t ask me why. It`s just one of those ghostly things that people make up as life gets boring. For example in this film, a girl named Maya (Navneet Kaur Dhillon) who thinks it`s fun to wear masks of her friends` faces and scare people, informs us that women should not comb their hair at night as this invites ghostly visits.

Imagine the number of women who get night visitors if that were true! "Amavas" fuses rationale with a cornucopia of cock-and-bull. The synthesis actually generates some fine horror of the skin-jump kind. If you like films where a ghoulish apparition with a face that resembles Donald Trump after he hasn`t slept for two nights hunts down cowering women trying to hide in religious shelter-zones, then this is the one for you.

Hari Om. And don`t bother to hurry home. "Amavas" shot in scenic Europe (I specially liked a romantic duet in dreamy Venice) takes its time to unravel its chilling karma.

While Nargis Fakhri`s dubbing seems to have been undertaken by the same voice that does all the Sunny Leone films (the voice that sounds like a yankee drawl drawn into a provincial brawl), Sachiin Joshi and Vivan Bhatena negotiate the "man-bann" (be a man) with a mix of sterile sternness and resonant terror.

Ali Asgar who shot to fame on the Kapil Sharma Show, provides the comic relief. Rather, his prosthetic buck-teeth are meant to bring the house down. But the in-house lady ghost beats the buck-teeth in creating distractions. She strolls around restlessly like she had just watched "Tumbbad" in loop.

The climax has Mona Singh and Nargis Fakhri speed-running towards a ghoul`s grave to burn it.

Talk about judging the bhoot by its kabr!