The story of 'Badla' revolves around a murder mystery where Taapsee plays a victim where Amitabh plays his lawyer. 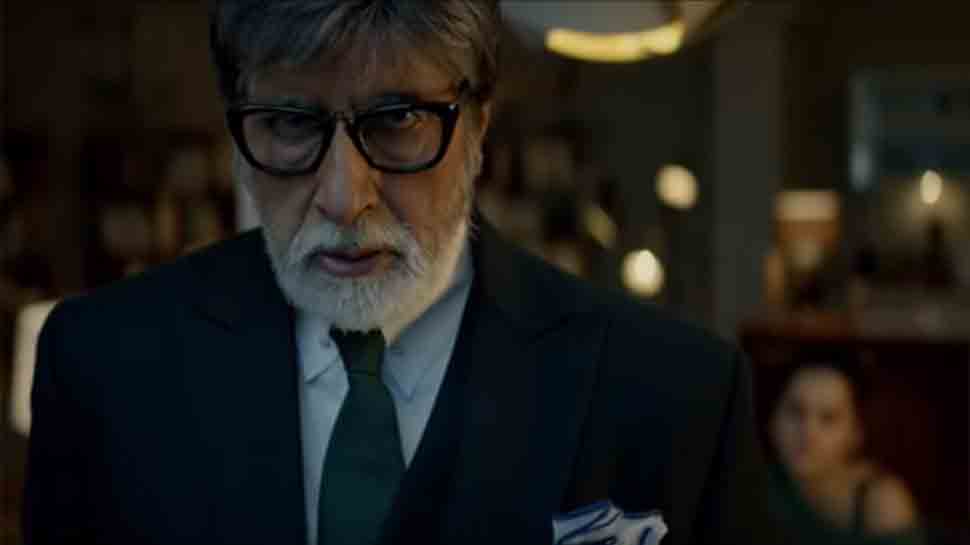 New Delhi: Megastar Amitabh Bachchan and talented actress Taapsee Pannu, who delivered a power-packed performance in 'Pink' in 2016, have reunited for yet another revenge thriller titled 'Badla', the trailer of which has been dropped on Tuesday.

It revolves around a murder mystery where Taapsee is shown as the primary suspect and her only saviour is Badal Gupta, played by Amitabh Bachchan, who enjoys an impressive track record - as he has never lost a case in his 40-year-long career. Her character is found by the Scotland cops in a room with a dead body, money and her hands covered in blood. And she pleads NOT guilty.

Both Taapsee and Amitabh made a striking appearance in the 2.20-minute-long trailer, the story of which espouses the message of not forgiving everytime and taking a revenge.

Speaking of the film, it is the remake of the 2016 Spanish thriller film 'Contratiempo'. It is produced by Shah Rukh Khan and Gauri's Red Chillies Entertainment in association with Azure Entertainment.