Diljit Dosanjh to team up with Yami Gautam for comedy project

The film will be directed by Aziz Mirza's son Haroon and will be a sensible comedy based which revolves around a couple. 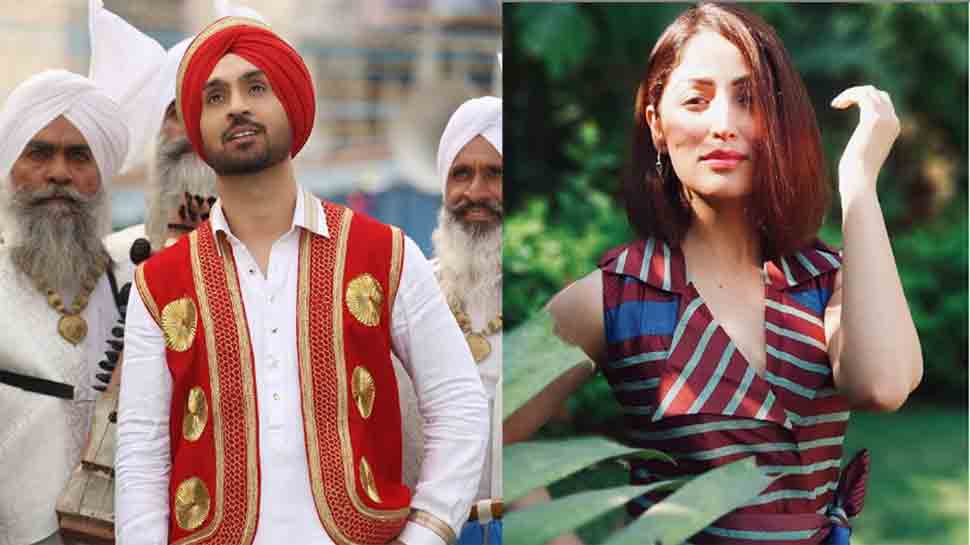 New Delhi: Diljit Dosanjh and Yami Gautam are all set to team up together for the first time for a comedy project. The film will be directed by Aziz Mirza's son Haroon and will be a sensible comedy based which revolves around a couple.

The story has been written by Vibha Singh and Arshad Sayed.

According to reports, it is one of the last scripts of late filmmaker Neeraj Vora, who passed away in 2017, before slipping into a coma the previous year.

The film will also feature another teenage couple and the makers are in search of new faces for the roles. Confirming the news, producer Ramesh Taurani told Mumbai Mirror, "Yes, Diljit and Yami have given their nod to the film. It’s a fresh pairing and we are excited because both are competent actors with impeccable comic timing. It is a sensible comedy and revolves around a couple."

"We also need another actress who has a crucial role to play in the narrative. The casting should be locked soon," he added.

The yet untitled film is scheduled to go on floors in August this year.

Haroon, who is all set to venture into direction with this project, has assisted his father on many Shah Rukh Khan movies like 'Raju Ban Gaya Gentleman' and 'Yes Boss'. He also assisted Amol Palekar in 'Paheli', again starring Shah Rukh.

Speaking of Diljt Dosanjh, he made his debut in Bollywood with Abhishek Chaubey's 'Udta Punjab' and has appeared in films like 'Phillauri', 'Welcome to New York' and 'Soorma'. His upcoming projects are Dinesh Vijan's quirky-comedy 'Arjun Patiala' with Kriti Sanon and Karan Johar's 'Good News' with Akshay Kumar, Kareena Kapoor Khan and Kiara Advani.

On the other hand, Yami is riding high on the success of 'Uri: The Surgical Strike'. She recently finished shooting for the first schedule of Ayushmann Khurrana and Bhumi Pednekar-starrer 'Bala'.

Marwan Kenzari to star in 'The Old Guard'