Kareena Kapoor Khan, Diljit Dosanjh, Kiara Advani and Akshay have joined forces for the entertainer which is helmed by Raj Mehta. 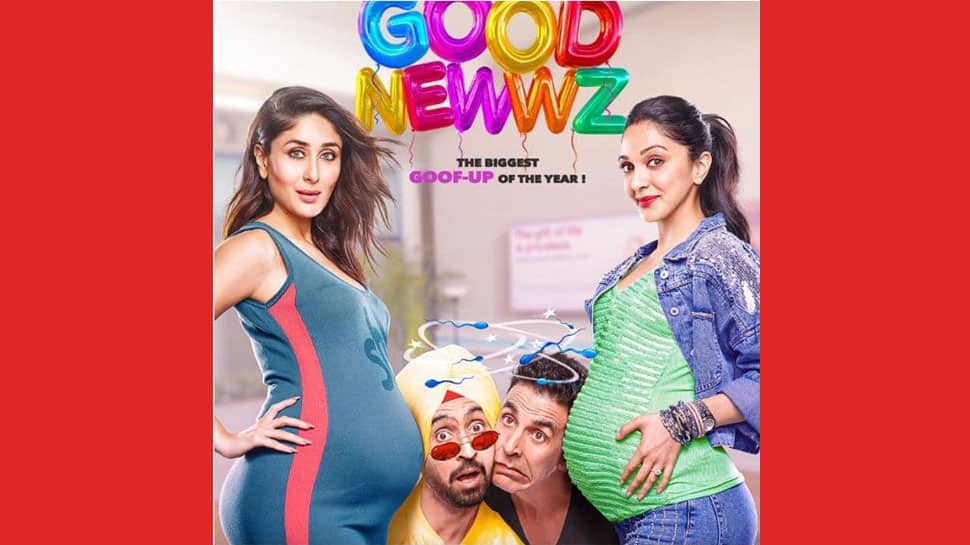 Superstar Akshay Kumar is on a roll! The year so far has been quite fruitful for him with not one or two but three films hitting the bull's eye at the Box Office. 'Good Newwz' will be his fourth venture of the year and happens to be a comedy drama with a starry ensemble cast.

Kareena Kapoor Khan, Diljit Dosanjh, Kiara Advani and Akshay have joined forces for the entertainer which is helmed by Raj Mehta. The venture is produced by Hiroo Johar, Aruna Bhatia, Karan Johar, Apoorva Mehta and Shashank Khaitan. It is presented by Zee Studios.

The makers have unveiled the trailer and in 3.22 minutes we get a sneak peek into the life of two crazy couples—The Batras. Yes! Well, there's no surprise element left as the trailer has given out most of the plot unless the debutant filmmaker has kept aside a spin to the screenplay for the bigger picture.

The storyline is based on two couples trying to have a baby through IVF and when the sperms get interchanged by mistake, it wreaks havoc in their lives which obviously unleashes several LOL moments .

Kareena and Akki 's on-screen pairing looks palpable and as usual Bebo looks nothing less than a hottie! Diljit's lines are laced with comic punches with dialogues written by Rishabh Sharma.

Kiara plays the stereotypical depiction of a loud Punjabi newly-wed girl and she tries hard to impress the viewers.