The over two-minute long teaser leaves a lasting impact on the viewer and you want to know what happens next. 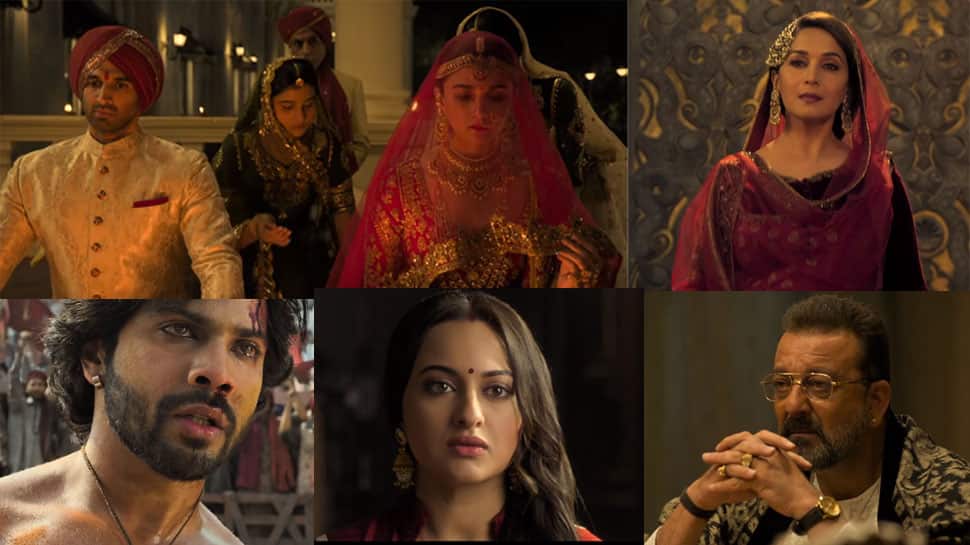 New Delhi: The much-awaited and beautifully presented teaser of 'Kalank' has been unveiled and it looks every bit majestic. The over two-minute long teaser leaves a lasting impact on the viewer and you want to know what happens next.

The makers have left no stone unturned to make sure that the first impression of the teaser transports you to the period of pre-independence India where the movie is set. From the teaser, you do get to feel the existence of turmoil in relationships.

The costumes are beautiful and the actors look deeply in-sync with their on-screen roles.

The movie happens to be a period drama set in the backdrop of 1940s. It will hit the screens on April 17, 2019. A few days back the actors shared the first look of the lead characters from the movie and it created a stir online.

Are you excited to watch this starry ensemble?