Kriti took to Instagram and shared a brand new still from the film. 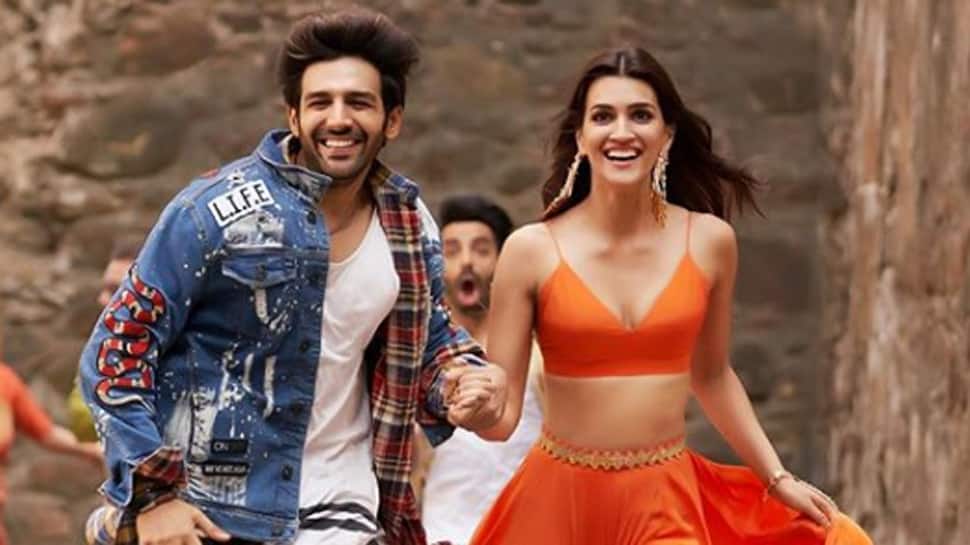 New Delhi: Kriti Sanon and Kartik Aaryan starrer 'Luka Chuppi' hits the screens tomorrow—March 1—and the actors are leaving no stone unturned in promoting the film. Their chemistry in the song 'Duniyaa' has already raised excitement around the film and fans can't watch to see this adorable duo share screen space for the first time.

Adding to the excitement level, Kriti took to Instagram and shared a brand new still from the film.

Check out the still here:

The romantic-comedy has been helmed by Laxman Utekar and produced by Dinesh Vijan under the banner of Maddock Films.

Luka Chuppi' is Utekar's Bollywood debut as a director. The film will also feature Aparshakti Khurrana and actor Pankaj Tripathi in pivotal roles.

Coming to the lead actor Kartik, he has had a great time at box office with his latest 'Sonu Ke Titu Ki Sweety' proving to be a money spinner. The film was loved by the audience and sent cash registers ringing as soon as it released.

On the other hand, Kriti was last seen in the critically acclaimed film 'Bareilly Ki Barfi'. She also made a special appearance in song 'Aao Kabhi Haveli Pe' from 'Stree'.

Here's wishing the duo all the very best for the release!

I was shattered when I heard 'Sonchiriya' script: Bhumi Pednekar