The video of the remake version of 'Sheher ki ladki' features Diana Penty and Badshah grooving. 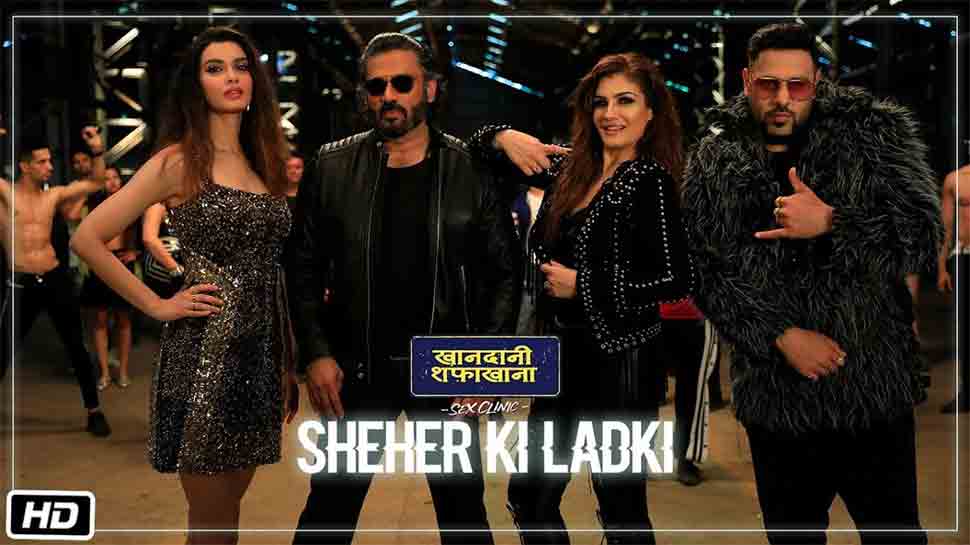 Mumbai: Actor Suniel Shetty has made a special appearance along with actress Raveena Tandon in the recreated version of their hit song 'Sheher ki ladki' from the 1996 film 'Rakshak'. And he is completely in love with the new version, which is sung by singer Tulsi Kumar and rapper Badshah.

The video of the remake version of 'Sheher ki ladki' features Diana Penty and Badshah grooving. "It was great fun shooting with Ravs (Raveena) for this song once again along with Badshah and Diana. I absolutely love the recreated version of the song," Suniel said in a statement.

According to Tulsi, the recreated version, a track from Sonakshi Sinha's upcoming film 'Khandaani Shafakhana', is an ode to the 1990s.

"'Sheher ki ladki' is an iconic song that I have grown up listening to and it`s an honour to be singing for the iconic Raveena Tandon who has been a rage of the 90s. This one is really special and is our ode to the 90s," she added.

What went behind the making of the song?

"This is my first song with Badshah and he`s a powerhouse of talent and a pleasure to work with. After the dubbing, when I met Badshah, he said he loved my rendition and it has really encouraged me to do more of these fast-paced catchy numbers.

"We were both asked to understand the vibe of the 90s for this song, and at the same time, create a contemporary version using our strengths and I feel the very talented Tanishq Bagchi has struck the right vibe maintaining its old charm and yet offering something new.

"The bridge of this song is a new composition with added lyrics and there is an excellent rap which Badshah has absolutely aced," Tulsi added.

No final decision on destination for 2019 yet: IIFA organisers