'Maidaan' will chronicle the life of legendary former player Syed Abdul Rahim, who was also an Indian football coach and manager of the Indian national team from 1950 to 1963. 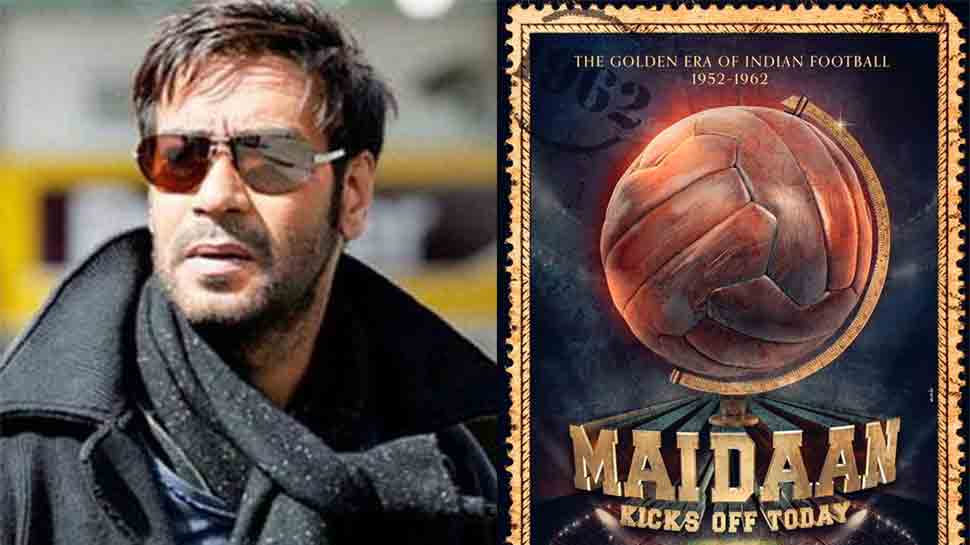 Mumbai: Actor Ajay Devgn, who was last seen in 'De De Pyaar De', is all set to step into the shoes of football coach Syed Abdul Rahim under whose leadership Indian football team won the Asian Games 1951 and 1962. The talented actor will feature in a film titled 'Maidaan' based on the life of the footballer. It will be directed by Amit Ravindernath Sharma of National award-winning film 'Badhaai Ho' fame and will be presented by Zee Studios and Boney Kapoor.

Keerthy Suresh, who recently won a national film award for her performance in 'Mahanti', has been roped in to play the female lead. She will reportedly play Ajay's wife in the film. This is the first time Ajay and Keerthy will share screen space together.

On Monday, Ajay took to Twitter to make the big announcement by sharing a poster of the film, which has a football and a tagline, that read, "The golden era of Indian football 1952-1962." He captioned the image writing, "Maidaan` kicks off today."

The shooting of 'Maidaan' is expected to take place in Jakarta, Rome and Melbourne and the film will be released in 2020.

'Maidaan' will chronicle the life of legendary former player Syed Abdul Rahim, who was also an Indian football coach and manager of the Indian national team from 1950 to 1963. He died in 1963 due to cancer. Rahim is regarded as the architect of modern Indian football.