'Malaal' is scheduled to release on July 5. 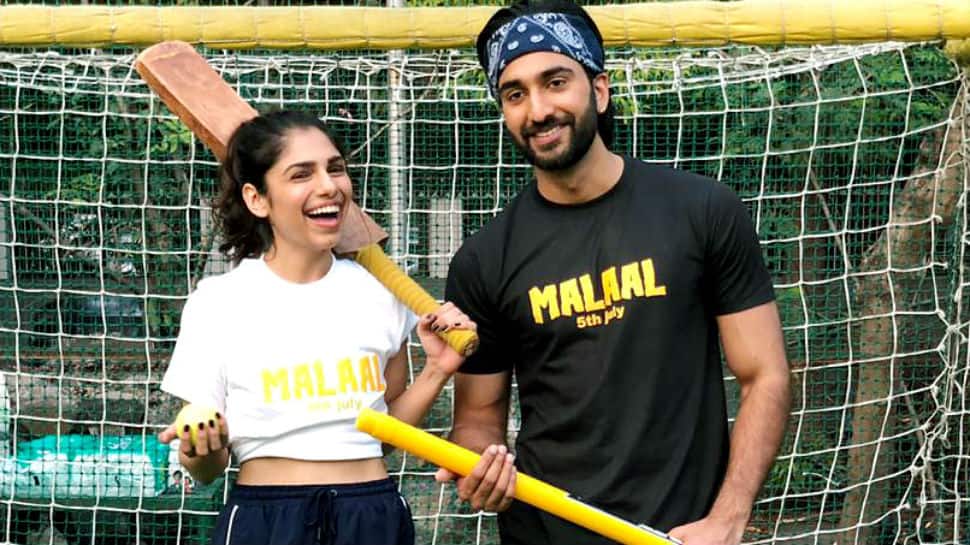 Mumbai: Actor Meezaan Jaffrey, who is making his Hindi film debut with "Malaal", is happy that his film will have a solo release on July 5.

"We are happy that we have got a solo release for our film. We have made this film with a lot of love and effort. It has an interesting story. I am sure everyone will like the film," he said.

Meezaan was interacting with the media to promote "Malaal", along with his co-actor Sharmin Sehgal here on Friday. "Malaal" was scheduled to open in theatres on June 28.

A remake of the 2004 Tamil language film "7G Rainbow Colony", "Malaal" is a contemporary love story between Astha and Shiva (played by Sharmin and Meezaan), who are from contrasting backgrounds and live in a Mumbai chawl.

Recently, Meezan had shared a video on his Instagram handle in which he was seen shaking a leg with his father Javed Jaffrey to "Aila re".

On his experience of dancing with his father, Meezaan said: "It was the first time I was dancing with my father when we were shooting that video and that memory will last forever in my heart.

"It was an important day for my family because my father is a well-known dancer. I never danced with him, but through this film got the opportunity to dance with him. We both had a lot of fun while shooting it and I am happy people have liked it as well."

"Malaal" is a romantic drama written and directed by Mangesh Hadawale. It is produced by Sanjay Leela Bhansali, Bhushan Kumar, Mahaveer Jain and Krishan Kumar.

Life got 'ruined' with 'Gangs Of Wasseypur', tweets Anurag Kashyap; here's why