As soon as the new poster of 'Tanhaji' featuring Saif Ali Khan was unveiled, netizens couldn't help but compare him with fantasy series Game of Thrones character Jon Snow. 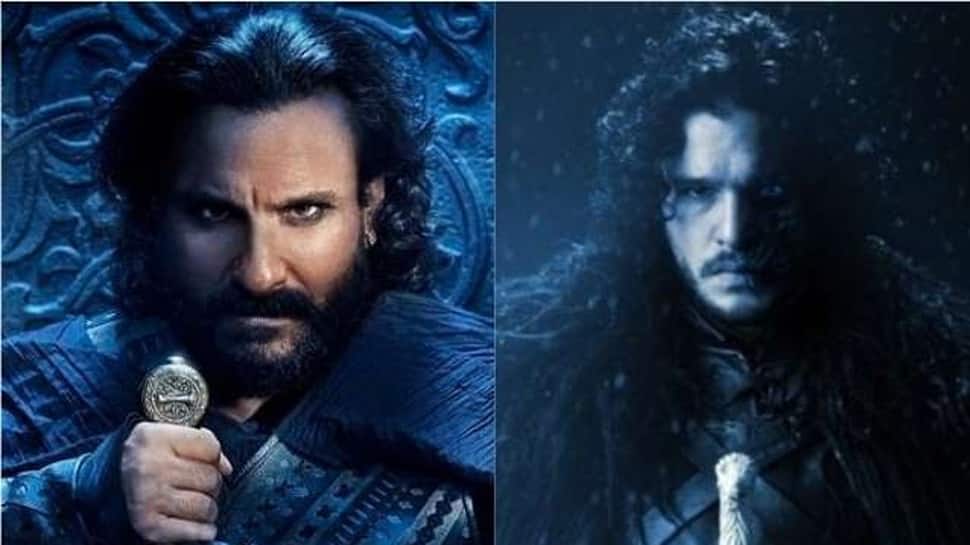 New Delhi: Superstar Saif Ali Khan's first look from 'Tanhaji: The Unsung Warrior' was unveiled today and fans can't stop going gaga over their favourite actor's intense avatar. Saif sits on a throne in the latest poster of 'Tanhaji' and will make you go weak in the knees with his intense gaze.

As soon as the poster was out, netizens couldn't help but compare him with award-winning fantasy series Game of Thrones character Jon Snow.

Check out some fans' reactions here:

Am i the only one who is thinking about Games of thrones  #IceAndFire #SaifAliKhan pic.twitter.com/x2Vh7DwDcf

Game of Thrones' is an epic fantasy series based around the fictional kingdom of Westeros. Jon Snow, played by Kit Harrington, is one of the most admired characters of the show that aired its final season in April this year.

Coming to 'Tanhaji: The Unsung Warrior', the film has been high on the buzzword ever since it was announced and fans are particularly excited to watch Ajay and Saif share screen space after a gap of thirteen years.

The duo was last seen together in 'Omkara' that released in 2006.

The film, slated to release on January 10 next year, has been helmed by Om Raut.