A brand new poster of 'Saaho' has been unveiled in which Shraddha Kapoor and Prabhas redefine romance. The two actors can't take their eyes off each other and well, we can't take our eyes off them! 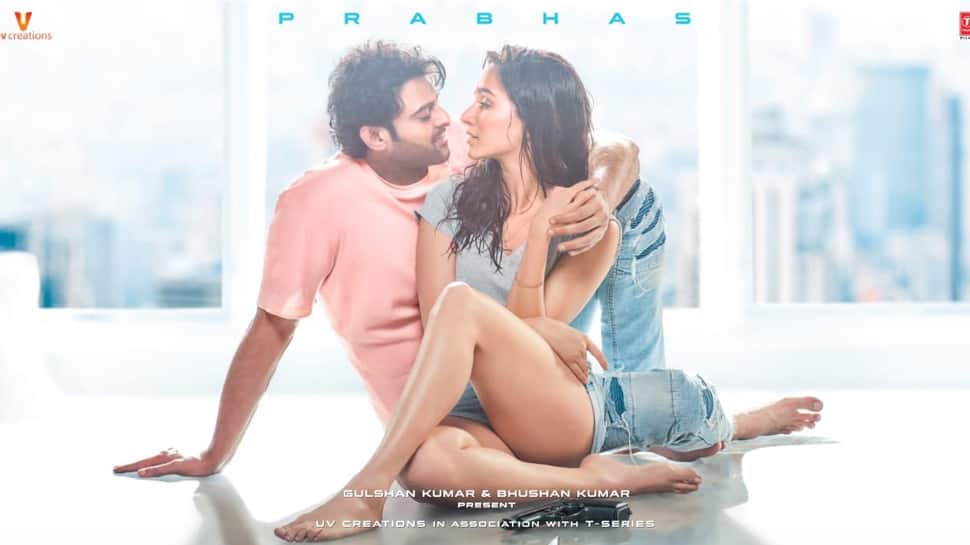 New Delhi: 'Baahubali' fame Prabhas and Shraddha Kapoor starrer 'Saaho' is one of the biggest releases of 2019 and the wait is almost over! The film's first look was unveiled back in 2017 and sent fans in a frenzy. The 'Saaho' madness continues, two years later, as the film is finally set to arrive in cinemas on August 30.

A brand new poster of 'Saaho' has now been revealed and Shraddha and Prabhas redefine romance in it. The two actors can't take their eyes off each other and well, we can't take our eyes off them.

'Saaho' is a multilingual film that promises high-octane action sequences, romance and thrill. Expectations are soaring high from the film and we can't wait for it to arrive in theatres. The film has been high on the buzzword ever since it was announced. Fans are eager to see Prabhas play a glamorous role after 'Baahubali'.

Written and directed by Sujeeth, 'Saaho' has been produced by V Vamsi Krishna Reddy, Pramod Uppalapati and Bhushan Kumar.