Salman, who is facing his back to the camera, is seen sporting a stubble in the picture.

New Delhi: Salman Khan and Katrina Kaif are one of the most-loved jodis of Bollywood. The duo, who has appeared in films like 'Ek Tha Tiger' and 'Tiger Zinda Hai' are teaming up again for Ali Abbas Zafar's 'Bharat'. The period drama is a multi-starrer project and will release on Eid this year. The teaser of the film was dropped only recently and it left everyone in awe.

On Wednesday, Salman's brother-in-law and film co-producer Atul Agnihotri took to his Instagram to share another behind-the-scene picture of Salman from the sets of the film. 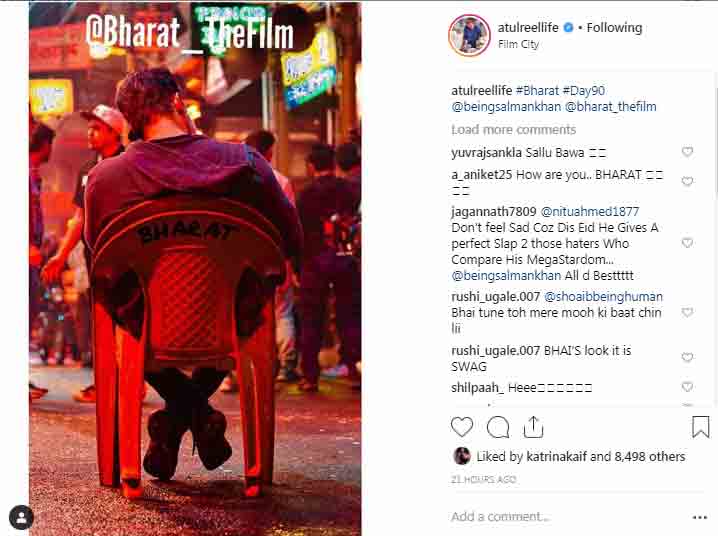 In the picture, Salman, dressed up in a purple hoodie, is seen sitting on a chair with his back to the camera and appears to be talking on the phone. And if one takes a closer look at the picture, Salman can be seen sporting a grey stubble. Ever since the project was first announced, Salman's looks in the film have been a topic of discussion among the cine lovers. Salman is carrying as many as five different looks in the film. 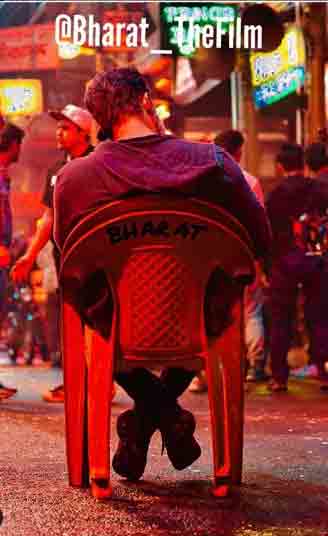 The picture has invited hundreds of comments and like from many, including Salman's co-star Katrina Kaif.

Directed Ali Abbas Zafar has helmed this project and it has come out well. He previously collaborated with the superstar in blockbuster hits such as 'Sultan' and 'Tiger Zinda Hai'. And hence, expectations are sky high from this one.

Earlier, Priyanka Chopra was set to play the female lead in the movie but she left the film midway reportedly because of her wedding with international music sensation Nick Jonas. Katrina Kaif plays the leading lady in 'Bharat' and that brings the superhit trio of actor-actress-director back as their last release 'Tiger Zinda Hai' did wonder at the ticket counters.