Salman Khan to begin shooting for Dabangg 3 in April

Choreographer-filmmaker Prabhudeva will step into the director shoes for the film. 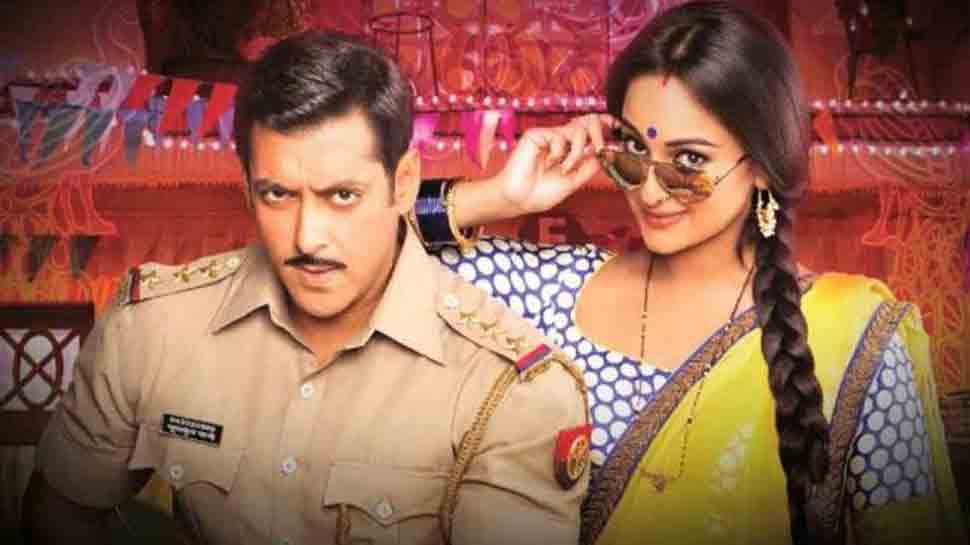 New Delhi: Salman Khan's 2010 blockbuster 'Dabangg' clocked eight years in September 2018 and this was when Khan along with his co-star Sonakshi Sinha announced the third installment of the hit franchise. While 'Dabangg' was helmed by Abhinav Kashyap, 'Dabangg 2' was directed by Arbaaz Khan.

Reports are there that for the third installment, Khan has roped in Prabhudeva to step into the director shoes.

Salman, who is currently busy with Ali Abbas Zafar's 'Bharat' will begin filming for 'Dabangg 3' shortly afterwards. And confirming the same, Arbaaz said, "Yes, Dabangg 3 will go on the floors in April, however, we are still contemplating the locations. At this point, all that I can say that the film features Salman Khan in lead and will be directed by Prabhudeva."

Earlier, speculations were rife that the film would be inspired by the real-life story of a cop based in Noida but the reports were quashed by Arbaaz. he said, "I have been reading a lot about 'Dabangg 3' on the social media, some say it is a remake, some say it is inspired by real-life incident, some say it is set in Noida. At present, I would like to maintain some secrecy around it."

Salman and Prabudeva worked together in 2009 film 'Wanted' which went on to become successful at the Box Office. In fact, the success of the film helped Salman began the second inning of his career.

In the meantime, the makers of 'Dabangg 3' are yet to announce the female lead of the film. It will be interesting to see if Sonakshi returns as 'Rajjo' in the film.

Salman is currently wrapping up the last schedule of Zafar's 'Bharat'. The shooting is currently being held in Mumbai. The film also features Katrina Kaif, Disha Patani, Sunil Grover, Aasif Sheikh in pivotal parts. The venture is produced by Salman's brother-in-law Atul Agnihotri.