Actor Satyajeet Dubey is happy to share screen space with his "Always Kabhi Kabhi" co-star Ali Fazal in "Prassthanam". The two actors were present at the trailer launch of the film on Thursday. 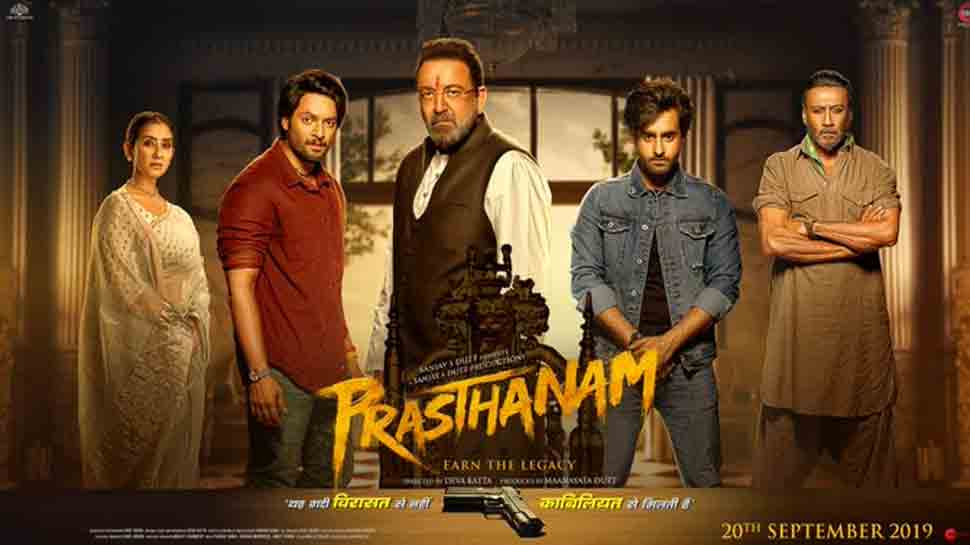 New Delhi: Actor Satyajeet Dubey is happy to share screen space with his "Always Kabhi Kabhi" co-star Ali Fazal in "Prassthanam". The two actors were present at the trailer launch of the film on Thursday.

"I want to thank (the film's producer) Maanayata Dutt. I am here because of her. She saw this independent film of mine on a flight," Satyajeet said.

Maanayata had liked the film so much that she decided to cast him in the political drama that presents the actor in a different way, far removed from the chocolate boy image he is known for.

"It's like a dream come true (to work with) Sanjay Sir, Jackie Sir and Chunky Sir. And Ali is my brother. I have known him for the last 10 years. My first film was with Ali," he said referring to "Always Kabhi Kabhi".

"After 'Always Kabhi Kabhi', we used to wonder when we will work together again, finally it happened."

Unlike their first film together, in which they played students and friends, the two actors will be seen up against each other indulging in the "war for legacy".

"As an actor, you always crave to do something that is completely different from who you are. When I heard the story, it blew me away. This has been the most challenging and difficult role for me so far," said Satyajeet, who is also excited to work in "Prassthanam" because the first film he watched on the big screen was Sanjay Dutt's "Khalnayak".

For Ali, "Prassthanam" was equally special. "Every actor wants to surprise himself. This is special. I will cherish this. It was a beautiful experience," he said.

Amyra Dastur, on the other hand, says that she plays the "least violent out of everyone in the film", a character that is "like a breath of fresh air".

Directed by Deva Katta, the film is scheduled to release on September 20.

Prassthanam trailer: Sanjay Dutt's political drama is all about a 'War for Legacy'—Watch