Border Security Force (BSF) troops deployed in the Ferozepur Hussainwala sector in Punjab noticed movements of drones in the vicinity on Monday late night. According to BSF sources, its troops patrolling the area fired and destroyed at least three drones coming from the Pakistani side. 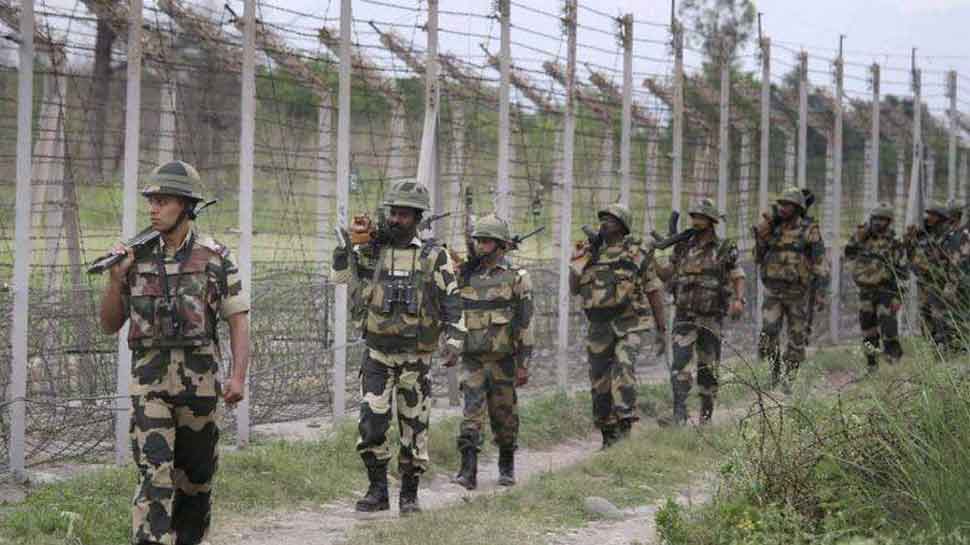 Ferozepur: Border Security Force (BSF) troops deployed in the Ferozepur Hussainwala sector in Punjab noticed movements of drones in the vicinity on Monday late night. According to BSF sources, its troops patrolling the area fired and destroyed at least three drones coming from the Pakistani side.

Sources claimed that the first drone was initially noticed in the Hussainwala sector at around 10:30 pm on Monday night.

On October 9, BSF personnel spotted drones at Hussainiwala border post in Ferozepur. After noticing the movements of the drones, a search operation was launched and alerted the Punjab police.

Apart from this, the ISI has ordered the Over Ground Workers (OGW) in Kashmir to prepare a new route plan for terrorist infiltration. According to ISI's direction, guides, who help the terrorists to infiltrate into the Indian territories, have been asked to find new routes that infiltrators will use during winters.

Sources revealed that the guides have also been assigned with the task to collect information and route to the Indian Army's forward location in the Gurez sector and prepare a map on it. Besides, they are also engaged in preparing the GPS location of Indian Army camps, rivers and drains present in the Gurez sector.

All the guides are believed to have links with Pakistan-based terror organisations Lashkar-e-Toiba and Jaish-e-Mohammad.

The sources further added that the ISI has informed the terrorists about their OGWs in the Indian areas, the people who will receive them after the infiltration and those who will give them shelter in the village near the Line of Control.

In the intelligence report, it was also said that the Indian Army noticed new movements of the Pakistani Army in the opposite sector of the Gurez sector in PoK. The Pakistani army movements were noticed in Minimarg, Kamri, Dommel and Gultari areas in the LoC where terrorist camps and Pakistani army posts are present. As per the report, arms and ammunition have been sent from Gilgit and Chillam posts.

Against the backdrop of Pakistan`s concentrated effort to stoke terrorism in Punjab, India has decided to strengthen inter-agency cooperation by creating a joint counter operation centre of security agencies, including Punjab Police in the state, sources said on Tuesday.

The proposal has been mooted in a meeting of the top brass of security agencies in New Delhi, following the continued incidents of drone appearances including the air-dropping of arms by Pakistan-based terror outfits in the border state.

The government has asked Punjab Director General of Police and top leadership of the NIA, R&AW, IB and MHA to initiate action in a time-bound manner and communicate the action taken in this regard at the earliest, according to senior government officials familiar with the decision.