Beverages major Coca-Cola India Friday said it will have to shut down some factories in India if the government accepts a proposal to impose 40 percent 'sin tax' on aerated beverages. 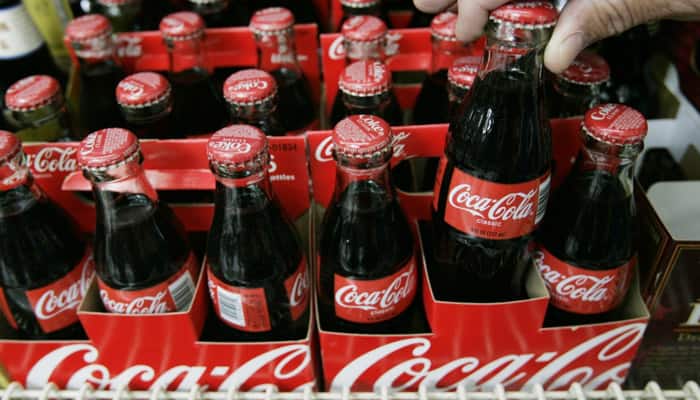 New Delhi: Beverages major Coca-Cola India Friday said it will have to shut down some factories in India if the government accepts a proposal to impose 40 percent 'sin tax' on aerated beverages.

This is the first major case of a big company raising red flag against any provision of the proposed GST which is as such stuck in the political deadlock.

"An acceptance of the Arvind Subramanian committee recommendations with regard to GST rate of 40 percent on aerated beverages, will have a negative ripple effect on the entire beverage ecosystem...It will lead to a sharp decline in consumer purchase and for a demand driven industry it will mean a significant rationalisation of manufacturing capacity.

"In these circumstances, we will have no option but to consider shutting down certain factories," Coca-Cola India and South West Asia Vice President, Public Affairs & Communication Ishteyaque Amjad said in a statement.

"Arvind Subramanian Committee recommendations of including soft drinks in the 40 percent GST category will make our industry unviable," he added.

Reiterating the India is one of its important markets, the company said: "The Coca-Cola Company believes in India and identifies it as one of its strategic growth markets. The Coca-Cola system in India has already invested more than USD 2.5 billion...Our system is on course to invest another USD 5 billion in India by the end of 2020."

Last week, a panel headed by Arvind Subramanian had recommended a three-rate goods and services tax (GST) structure of 12?17/18 ? 40 percent, the last category being for products like tobacco and luxury cars.

However, beverages and snacks major PepsiCo said that though the tax rate of 40 percent was high, it was confident that government will take a balanced view.

"We are supportive of GST and believe this will be good news for business and the Indian economy, however a tax rate of 40 percent is high. Having said that, we are confident that the government will take a balanced view of taxation with respect to our industry," PepsiCo India Chairman & CEO Shiv Shivakumar said.