Kareena and Saif, who are already parents to Taimur Ali Khan, welcomed their second child at Mumbai's Breach Candy Hospital on Sunday. Ever since the news broke, Kareena's second delivery became the talk of the town. To make light of the situation, netizens have flooded social media with memes about Taimur's popularity status after the birth of his brother. 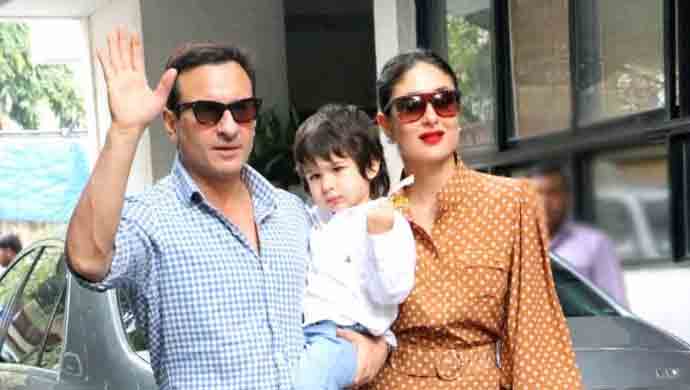 NEW DELHI: Bollywood actress Kareena Kapoor and husband Saif Ali Khan were on Sunday (February 21) blessed with a baby boy. The power couple of Bollywood welcomed their second child together at Mumbai's Breach Candy Hospital. Ever since the news broke, Kareena's second delivery became the talk of the town.

Kareena and Saif, who tied the knot in 2012, after dating each other for a few years, are already parents to 4-year-old Taimur. Shortly after his birth in 2016, the star kid, fondly called as Tim by his celebrity parents, took the internet by storm as media outlets and paparazzi gushed over him. The toddler is now four years old and will now have a baby brother to keep him company.

To make light of the situation, netizens flooded Twitter with memes about Taimur's popularity status after the birth of his brother.

Here are the funniest memes posted by netizens after Kareena Kapoor gives birth to her second child:

*#KareenaKapoorKhan blessed with a baby boy*

*#KareenaKapoorKhan blessed with a baby boy*

*#KareenaKapoorKhan and Saif Ali Khan blessed with a baby boy*

Reporter: How are you feeling?
Taimur: pic.twitter.com/pieT7i71bB

Meanwhile, congratulations are in order for both Kareena and Saif. According to celebrity photographer, Kareena's sister Karisma Kapoor's car was seen around the Mumbai hospital on Sunday morning where Bebo delivered her second child.