The NCLAT judgement of December 18, asked Ratan Tata not to take any decision in advance, which required the concurrence of a majority of the board of directors. 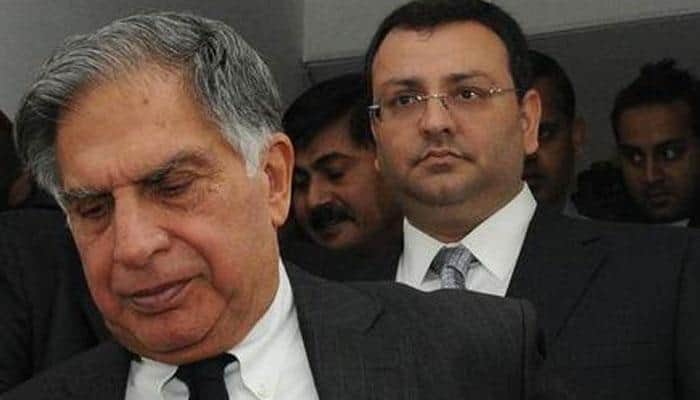 New Delhi: A day after Tata Sons moved the Supreme Court challenging the NCLAT`s judgement reinstating Cyrus Mistry as the group`s Chairman, Ratan Tata, the Chairman Emeritus filed a petition in his personal capacity claiming that the appellate tribunal`s verdict was "erroneous" and it "pulled down" the governance and corporate structure of the group.

"The appellate tribunal, by means of the impugned judgment, has not only sought to provide a cachet on the unsubstantiated and baseless allegations levelled by respondent nos. 1 and 2 (Mistry and others) qua the appellant but has also pulled down the governance and corporate structure of Tata Sons which was painstakingly put together by its founders," the former Tata Sons chief told the Supreme Court.

The NCLAT judgement of December 18, asked Ratan Tata not to take any decision in advance, which required the concurrence of a majority of the board of directors. "Ratan N. Tata (2nd respondent) and the nominee of the `Tata Trusts` shall desist from taking any decision in advance, which requires majority decision of the board of directors or in the annual general meeting," the order read.

"It is very unfortunate and distressing that Impugned Judgment without providing any proper evidence has passed adverse remarks against the appellant who has spent more than half of his life in building the name of the Tata Sons and other Tata operating companies to one of the top global companies," Tata said.

He said that the findings of NCLAT are wrong, erroneous and contrary to the record of the case and requires consideration by the Supreme Court.

On the replacement of Cyrus Mistry as the Chairman of Tata Sons, he said that the relationship between Mistry and Tata Trusts had become discordant and it was felt by Tata Trusts that he could not provide robust leadership to Tata Sons in future.

"Amongst the various fronts where Cyrus Mistry`s leadership was lacking was his reluctance to timely and meaningfully disassociate himself from his family business after he became the Chairman of Tata Sons and address any conflict in this regard, which was a condition precedent to his appointment as Chairman of Tata Sons," the petition said.

It mentioned that due to such issues, Ratan Tata, as Chairman of Tata Trusts, Nitin Nohria, a trust-nominated director approached Mistry on October 24, 2016 and requested him to step down from the position of Executive Chairman of Tata Sons.

"It was only because Cyrus Mistry was unrelenting to step down from the position of the Executive Chairman that a formal motion for his replacement had to be brought into the Board Meeting of Tata Sons on the same day by the Trusts Nominated Directors.

"Ultimately, the trust deficit and loss of confidence in Cyrus Mistry`s abilities as the Executive Chairman was displayed in the Board Meeting held on the same day i.e. October 24, 2016, where 7 out of 9 Directors (one abstained and the remaining one was Mistry himself) voted for his replacement as the Executive Chairman of the Tata Sons," he said.

Explained: What is in store for cash-strapped Air India in 2020