A SpiceJet Hyderabad-Belgaum flight landed at the wrong end of the runway at Karnataka’s Belgaum airport following which both the pilots have been derostered pending investigation. 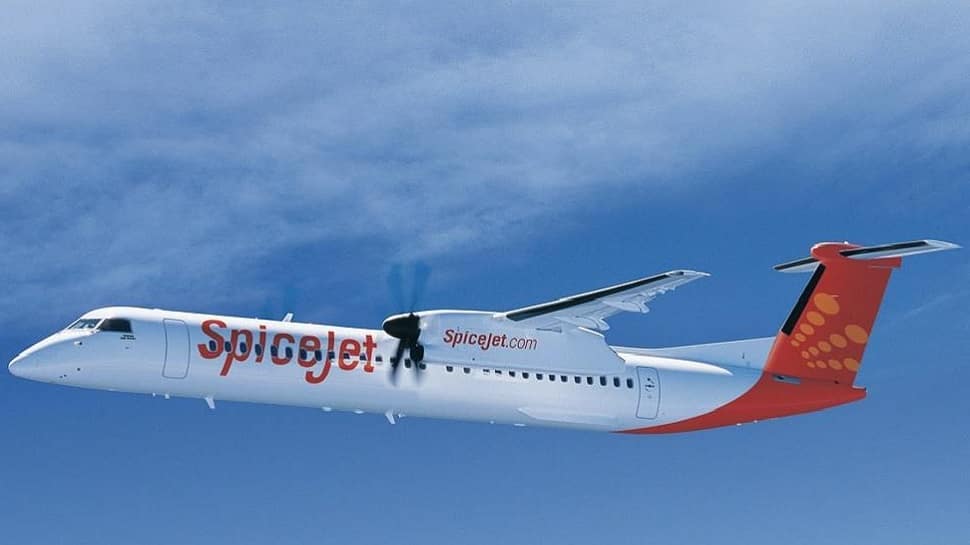 A SpiceJet flight operating the Bombardier DASH8 Q400 turboprop plane on the Hyderabad-Belgaum route landed at the wrong end of the runway at Karnataka’s Belgaum airport. Following the incidence, both the pilots have been derostered, the airline said in a statement. While the aircraft landed safely at the runway, DGCA (Directorate General of Civil Aviation) and AAIB (Aircraft Accident Investigation Bureau) have been informed and a probe has been initiated, said the company.

An airline spokesperson said in a statement that, “On October 24, SpiceJet DASH8 Q400 aircraft operated from Hyderabad to Belgaum. ATC had cleared the aircraft to land on RWY26 (runway 26) at Belgaum. The aircraft, however, landed on RWY08 (runway 8)". This means that the plane touched down at the other end of the runway (termed RWY08) at the Belgaum airport instead of the designated end (RWY26) of the same runway.

The SpiceJet spokesperson said the aircraft landed safely and the airline acted “immediately and proactively" on receiving the information and informed DGCA (Directorate General of Civil Aviation) and AAIB (Aircraft Accident Investigation Bureau) about it and immediately off rostered both pilots pending an investigation. SpiceJet, otherwise, has an impeccable safety record in India.

The airline also announced recently that it will launch 28 new domestic flights across the country from October 31 onwards. It will launch multiple new non-stop flights connecting the tourist hotspots of Jaipur, Jaisalmer, Jodhpur and Udaipur in Rajasthan with key metros and cities as part of its new winter schedule, SpiceJet said in a statement.

SpiceJet will also connect Bagdogra with Ahmedabad, Kolkata with Srinagar and add two new flights on the Bengaluru-Pune sector, it said. The expansion move comes after the government had on October 12 allowed airlines to operate domestic flights without any capacity restriction from October 18.

With inputs from PTI