Wade played a knock of 110 runs in Australia`s second innings to help the visitors rack up a total of 487 runs. 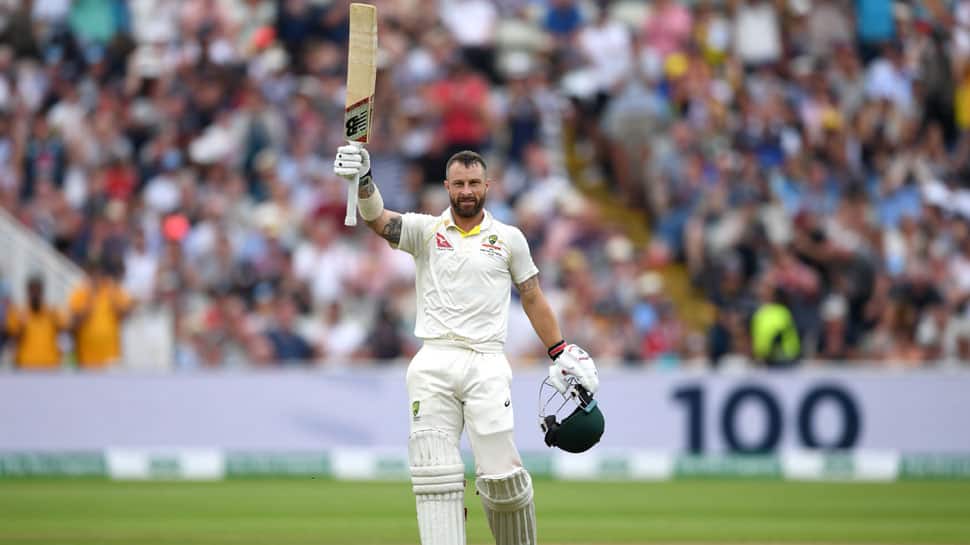 Dubai: Australia batsman Mathew Wade, who scored a brilliant century to give ascendency to his side in the first Ashes Test, said that playing in the Ashes was a `dream come true` for him.

"It probably hasn`t sunk in just yet. First Test match of an Ashes series and to play was a dream come true, let alone to contribute to what we`re hoping will be a win in the first Test," ICC quoted Wade as saying.

Wade played a knock of 110 runs in Australia`s second innings to help the visitors rack up a total of 487 runs. Steve Smith also delivered an impeccable performance as he scored 142 runs, his second century in the match.

Australia declared their second inning on 487/7, setting a target of 398 runs for England.

Before this Test match, it was in September 2017 when Wade had last played a Test clash. Ahead of the Ashes, Wade scored 355 runs in four List A games for Australia A.

"I am grateful to be here, and the celebration I am even more grateful to my wife for throwing me on the plane and telling me to come over and play the Australia A series, to hopefully get an opportunity to be in the position I am in. That`s what that was all about. I didn`t know if I would get another chance," he said.

England will resume day five on Monday from 13/0.