After ruling cricket field, MS Dhoni has a go at Football

The 37-year-old seemed to be completely at ease during the match as evident from the smile on his face and immense excitement. 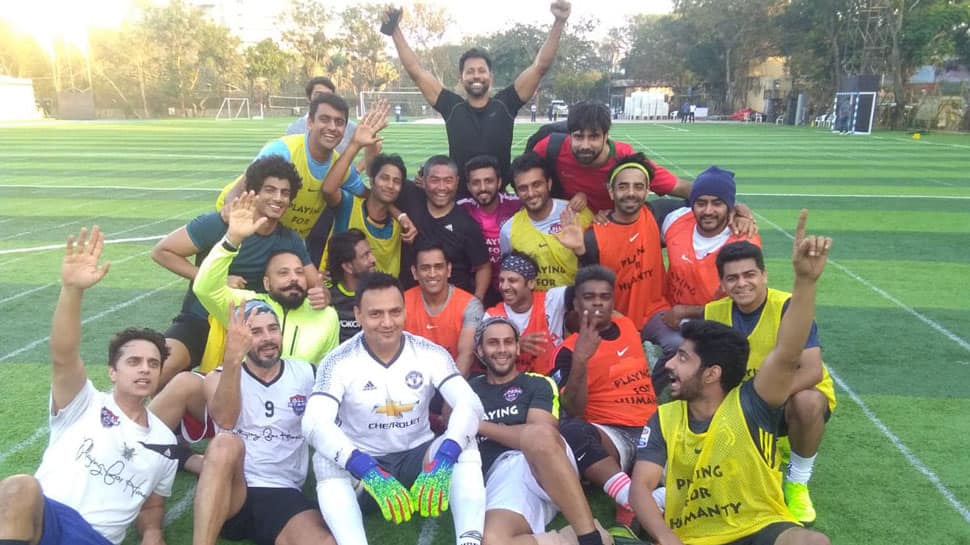 Former Indian skipper Mahendra Singh Dhoni had great fun while playing football during a charity football match in Mumbai, which is certainly evident from the images shared.

The 37-year-old seemed to be completely at ease during the match which is certainly visible from the smile on his face and immense excitement.

Dhoni has been in sublime form in recent times smashing 48 runs off just 33 deliveries in an unbeaten knock during the second ODI against New Zealand at the Bay Oval. His knock played a significant role in ensuring victory for the Men in Blue by a margin of 90 runs.

Not only this, the 37-year-old also made his presence felt during the recently concluded ODI series against Australia, scoring 51, 55, 87 respectively as India recorded a historic bilateral series win Down Under.

Dhoni's excellent form certainly reflected in the latest ICC ODI rankings with the cricketer climbing three places to finish on the 17th position.

The wicket-keeper batsman will be looking to deliver similar performances in the upcoming two-match T20I series and five-match ODI series against Australia at home from February 24.