After training with Usain Bolt's pyhsio, Andre Russell raring to go in IPL

The West Indian was ruled out for the remainder of the Pakistan Super League (PSL) earlier this month after pulling his right hamstring during the course of his side, Islamabad United`s eight-wicket win that consigned Karachi Kings. 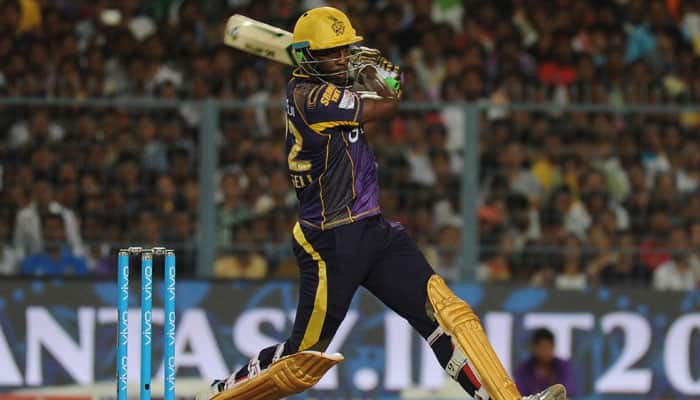 "Eddie used to be Usain Bolt`s physio. We all know Bolt is the fastest man in the world, I am the second (laughs) so yeah like to be anywhere close to his fitness, you need guys like Edward around you. He is my personal physio," Russell said after joining the KKR camp, days ahead of IPL-11.

The West Indian was ruled out for the remainder of the Pakistan Super League (PSL) earlier this month after pulling his right hamstring during the course of his side, Islamabad United`s eight-wicket win that consigned Karachi Kings.

"It`s been tough to be honest. You want to do things but you can`t. You restrict yourself from doing it to be a better player, to be a better athlete and person," Russell said about his lifestyle.

"Like a lot of partying, drinking you know all those bad habits. I am not saying I am perfect, but I am working on it and it`s been treating me well. I am looking fit," the 29-year old added.

Asked about KKR`s squad this season, Russell said the two-time champions have quality young players in their ranks and if all of them step up to the plate, the team can do well.

"It`s fantastic. We have a lot of young talent. We should do really well. Once everyone steps up the plate, it will be good enough."

On new skipper Dinesh Karthik who hit a whirlwind eight-ball 29 against Bangladesh in the recently concluded tri-series in Sri Lanka, Russell said he is looking forward to working with the India stumper.

"(I am) excited to work with him. I have played against him. I will be sharing the dressing room with him and taking his instructions. It should be interesting," Russell signed off.