This season the Tridents have also added Rashid Khan to their ranks and the captain thinks that having the number one ranked T20 bowler in their side will be a massive boost for an already strong side. 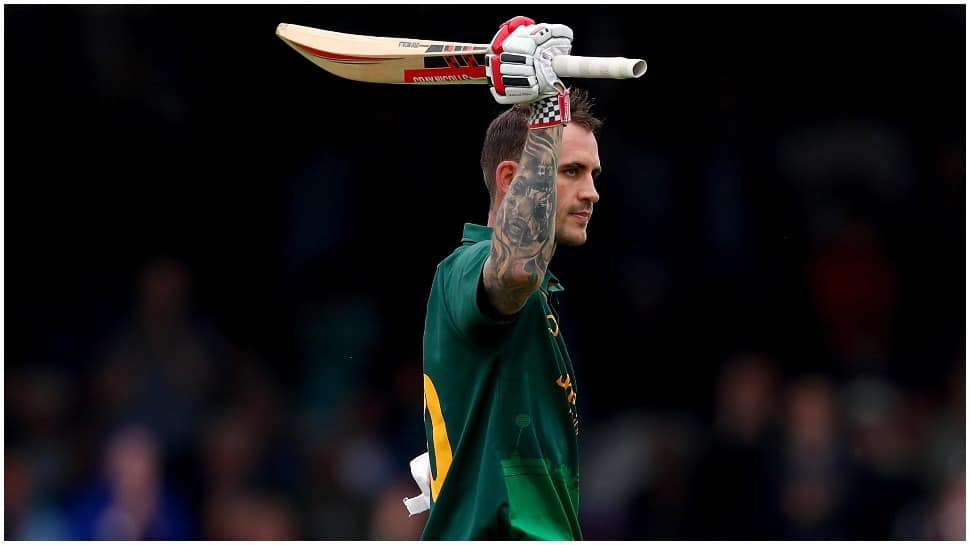 Alex Hales who will be back at the Caribbean Premier League 2020 in August is looking forward to defend the title with the Barbados Tridents.

The tournament is slated between 18 August and 10 September and it will be amongst the first cricket competitions to return after the COVID-19 halt.

The English opener is very excited to be back at the CPL but is conscious that he wants to improve on the performances he put in during last season.

Hales said, “I am really happy. Obviously last year, personally I didn’t perform anywhere near the level I wanted to and I know I am capable of. So, them to put their faith in me again is really, really pleasing. When you win a title like that, I guess you want to keep as many of the guys together. We had such a good environment there, led incredibly well by Jason Holder and Phil Simmons.

"The combination of those two was so chilled out which is exactly what you need in T20 cricket. I am really looking forward to it, CPL is a great competition and held in high regard around the world in terms of standard. To get another crack, another bite of the cherry is a great opportunity,” opined Hales.

Hales was really impressed with the CPL in his first season at the tournament and said he would like to be involved for as long as he can be.

He stated, “Some of the Caribbean players are some of the most talented cricketers I have been around anywhere in the world. Also, the love of the game the team in Barbados had was something I had never quite experienced. The highs of winning games, and then we lost a couple of games and everyone was devastated. The love and passion that everyone has there is second to none. Personally, if I can improve on what I did last year it is a tournament I would love to be involved with for the rest of my career.”

The Tridents have retained the core of their squad from the 2019 season and Hales said that finding that right balance between experience and youth was one of the pillars of the team’s success in 2019.

“From what I have found playing for different franchises you need the right blend of experience and youth, and the more I have played the more I think experience plays a part in winning trophies. The young guns will win you games here and there along the way which are important, but I think you really do need a mixture of experience when it comes to the pressure games. That is something we spoke about a lot in the Barbados team, it is keeping that cool head. I think experience when it comes to the pressure moments and the big games in tournaments really help you win those games at the right time,” Hales added.

This season the Tridents have also added Rashid Khan to their ranks and the captain thinks that having the number one ranked T20 bowler in their side will be a massive boost for an already strong side.

“I have played against Rashid Khan a few times and had a season with him at Sunrisers Hyderabad. Any team that has Rashid Khan in it, you boost your chances of winning the competition. For me, him and Andre Russell are probably the two best T20 players in the world. So to have Rashid, particularly on the pitches that favour spin in the Caribbean he can an absolute handful. And he is fantastic in the field and obviously smacks a few at the end, so any team that has got him in their ranks seriously boosts their chances of winning," Hales said.

“We have signed Marcus Stoinis as well, and playing against him in the Big Bash, he was in the form of his life and scored runs in every game that he played. We seem to have got an even stronger squad somehow than we did last year. It is really exciting.”

Hales will be linking up again with his Nottinghamshire teammate, Harry Gurney, for the 2020 tournament and he was full of praise for the left-arm seamer, saying he was crucial to their championship win.

Gurney arrived for the home leg of the tournament at a time when the Tridents were far from certain of making the playoffs. Hales says his efforts helped guide them to the knockouts and beyond.

“Signing Harry Gurney was massive. He learns his trade on Trent Bridge which is arguably the flattest pitch it the world. So, for him to bowl on probably bowler-friendly pitches was huge for us for him to come in for the back end of the tournament. He played a massive part in us winning the whole thing."

"I think we can build on that for next year, knowing that if things don’t quite work out at the start of the tournament you have got time to figure it and not panic. And that is something Jason and Phil did really well, at no point did they get edgy or concerned about playing well at the start. Everyone kept a cool head and we really turned it on when it mattered which is a really good trait in a team,” Hales added.