Chennai batsman Ambati Rayudu scored 46 off 35 balls against Mumbai on Saturday and tightened his grip on the Orange Cap. 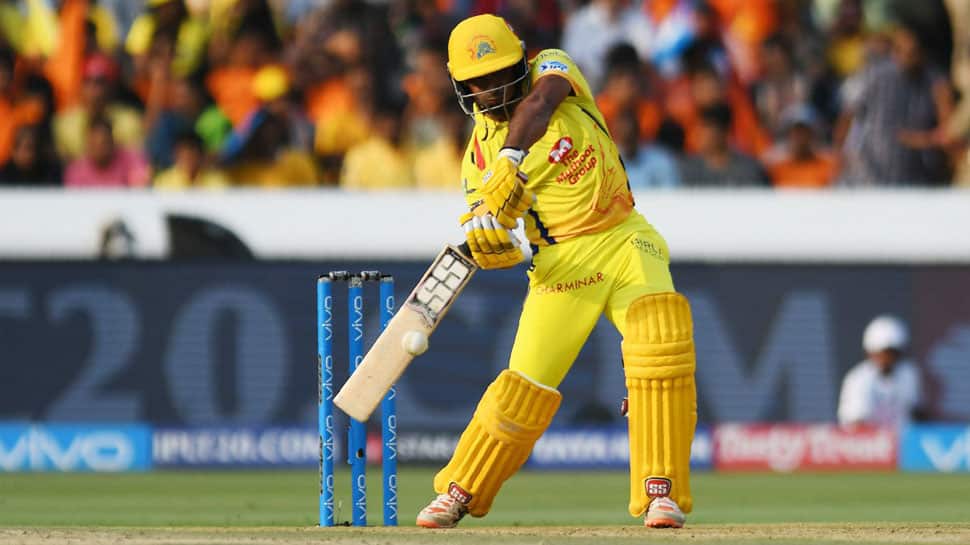 Chennai batsman Ambati Rayudu scored 46 off 35 balls against Mumbai on Saturday and tightened his grip on the Orange Cap.

With those runs, the right-handed batsman took his tally to 329 in seven matches, 49 runs ahead of second-placed AB de Villiers of Bangalore, who has played one game fewer.

Delhi's Trent Boult (11 wickets in seven matches) wasn't in action on Saturday but no one from both CSK and MI could take the Purple Cap off him.

MI spinner Mayank Markande was the biggest contender to overtake Boult but he returned 0/30 in three overs to stay behind Boult on 10 wickets from seven matches.

Talking about the only match of the day, Rohit Sharma played a captain's knock to keep MI's slim play-off hopes alive in IPL 2018 as the visitors stunned CSK by eight wickets at the Maharashtra Cricket Association Stadium in Pune.

This was MI's second win in seven matches as they moved off the bottom of the table. Table-toppers CSK, on the other hand, suffered their second defeat in seven matches.

The match was evenly poised right towards the end with Mumbai, in pursuit of 170, needing 22 off 12 balls to win. Rohit kept his cool under pressure and took four elegant fours off Shardul Thakur in the penultimate over to make the visitors favourites to take the contest.

Rohit remained unbeaten on 56 off 33 balls as MI claimed the encounter with two balls to go. Openers Suryakumar Yadav and West Indian Evin Lewis made 44 and 47 respectively and played their part in the comeback win for Mumbai.

Earlier after MI decided to bowl, Suresh Raina scored a 47-ball 75* to help the hosts reach a competitive 169/5. It was his first fifty this season in five matches, overall 33rd.