The controversial circumstances under which Anil Kumble came forth with his resignation statement might have raised quite a lot of questions over his relationship with skipper Virat Kohli and the rest of the squad, but it didn't surprise former Australia captain Ian Chappell. 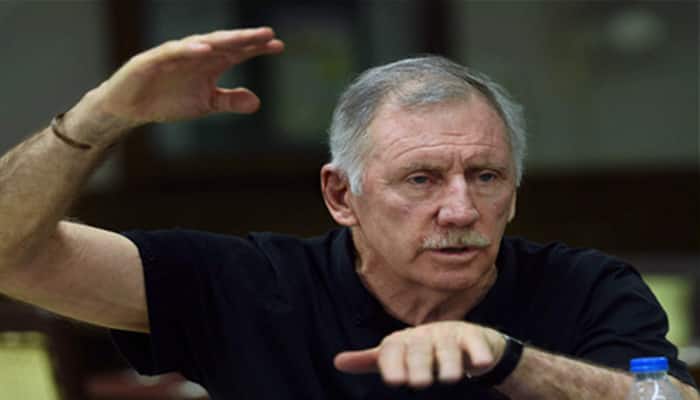 New Delhi: The controversial circumstances under which Anil Kumble came forth with his resignation statement might have raised quite a lot of questions over his relationship with skipper Virat Kohli and the rest of the squad, but it didn't surprise former Australia captain Ian Chappell.

Much of the entire saga, came forward in public domain during Australia's tour of India, back in February. It was reported that Kohli pushed for the inclusion of chinaman bowler Kuldeep Yadav into the playing XI, but coach Kumble had repeatedly objected the move.

It was later reported that the Indian dressing room too lacked freedom and that the leggie didn't enjoy a good relationship with the rest of the squad.

Regardless of all the rumours, Kohli had dismissed it all, prior to India's ICC Champions Trophy opener against Pakistan.

Reports in India Today claim that the leggie had blasted the Indian squad post their humiliating 180-runs defeat to arch-rivals Pakistan in the Champions Trophy final. Probably that was the final nail in the coffin, as the 46-year-old released a resignation statement two days later. Reasons defined by him were – lack of support from the board and 'untenable' relation with the skipper.

Cricketing legend Ian Chappell, in his column on espncricinfo, wrote, "Kumble's resignation was no great surprise, as he's a strong-minded individual and the deteriorating relationship between him and the captain, Virat Kohli, had reached the stage of being a distraction."

"Kumble's character is relevant to any discussion about India's future coaching appointments. The captain is the only person who can run an international cricket team properly, because so much of the job involves on-field decision making."

"Also, a good part of the leadership role - performed off the field - has to be handled by the captain, as it helps him earn the players' respect, which is crucial to his success.

"Consequently a captain has to be a strong-minded individual and decisive in his thought process. To put someone of a similar mindset in a position where he's advising the captain is inviting confrontation," he added.