Bangladesh all-rounder Soumya Sarkar recently began his new innings when he tied the knot with Prionti Debnath in Khulna Club. 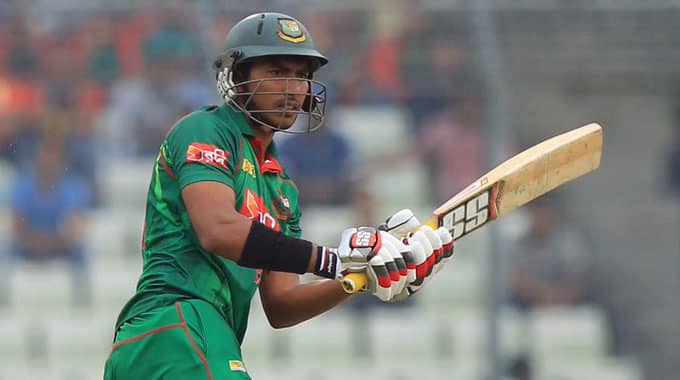 Bangladesh all-rounder Soumya Sarkar recently began his new innings when he tied the knot with Prionti Debnath in Khulna Club with all the rituals in the presence of some VIPs and a few members from the cricket fraternity on Wednesday.

However, the wedding ceremony--which is the most memorable day of life for anyone--turned out to be an embarring one for Sarkar as mobile phones of several members of the bridegroom’s family were stolen.

As per the reports in The Cricket Times, as many as seven cell phones were stolen ---including one of Soumya’s father. The theft caused a big brawl at the happy occasion, with suspects started attacking the player’s family.

The police later arrived at the spot and bought the situation under control by catching the culprits red-handed and recovering the gadgets from them. Following this, the rituals of the ceremony were completed on a happy note.

Meanwhile, the journalists present at the venue were reportedly also stopped from clicking the pictures of the incident.

Earlier, Soumya missed the recently-concluded lone Test clash against Zimbabwe in Mirpur which Bangladesh went on to win by an innings and 106 runs. He will also miss his side's first two ODIs of the three-match series against Zimbabwe, beginning from March 1.