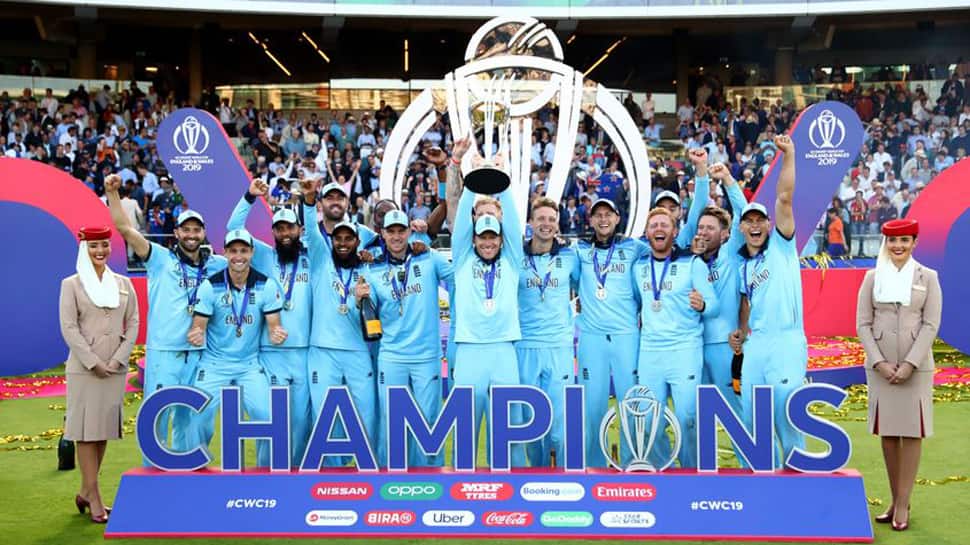 The Black Caps needed two to win from the final ball but a superb throw from Jason Roy in the deep saw Martin Guptill agonisingly run out, as Kane Williamson’s side finished runners-up for the second successive men’s World Cup.

Jimmy Neesham had struck a magnificent six to leave New Zealand with seven to win from four balls but Archer’s resolve shone through, with England prevailing due to scoring more boundaries in the match and Super Over combined.

Jos Buttler and Ben Stokes struck 15 from their allocated six Trent Boult deliveries – and it was that pair that England had to thank for giving them a chance amidst a dramatic finale earlier in the day that saw both teams finish on 241.

Eoin Morgan’s side had coincidentally needed 15 to complete their chase in Boult’s final over, with a superb six over midwicket the perfect way to start for Stokes.

But the drama was only just beginning, the next ball seeing a return from the deep ricochet off the all-rounder’s bat and fly to the boundary for another six runs to his name.

He, Adil Rashid and Mark Wood then scampered the two runs from the final two balls – coupled with two run-outs – to ensure both sides finished level after 100 overs of pulsating cricket.

Stokes and Buttler had taken England’s target down to double figures after being reduced for 86 for four in the 24thover, thanks to superb bowling from New Zealand’s fast bowlers, defending 242.

Roy (17) was caught behind off Matt Henry, while Joe Root (7) fell to the same fate to the exceptional Colin de Grandhomme, who conceded just 25 runs in 10 overs.

Jonny Bairstow was then bowled by Lockie Ferguson while the same man took a stunning catch to dismiss Morgan, before Stokes and Buttler led the England recovery with their partnership spanning more than 20 overs.

Slowly but steadily the runs flowed, Buttler carving Boult over extra cover to bring up his 50 from 53 balls while Stokes followed him to the milestone in the same over, England needing 53 runs from 36 balls.
Buttler began to free his arms but the wicketkeeper soon perished for 59, substitute Tim Southee taking a superb catch in the deep to give Ferguson his second wicket.

The drama continued, Liam Plunkett and Archer falling in the same Neesham over to sandwich a towering Stokes six, which Boult had caught before stepping on the boundary.

Still the over had more to offer, the last two balls seeing Rashid and Wood both run out coming back for the second as England scored 14 of the required 15 to force the Super Over.

Batting first, New Zealand had raced to 22 without loss within four overs as Guptill took a liking to Archer, an uppercut six and free-flowing four helping him find form.

But his enterprise was cut short when Chris Woakes’ probing opening spell saw him trap the opener lbw for 19, giving captain Williamson another early entrance.

Patience then took over as Henry Nicholls and Williamson battled their way to 91 for one from 20 overs, their eventual 74-run partnership their best for the second wicket this World Cup.

It fell to Plunkett – so often England’s middle-overs saviour – to once again produce the magic, Williamson (30) edging through to Buttler before bowling Nicholls (55) off the inside edge.

Ross Taylor then became the second Black Cap to pass 1,000 men’s World Cup runs but soon after he fell, lbw to Wood in the first ball of his new spell.

England then kept a strangle on proceedings as New Zealand went 14 overs without a boundary heading into the latter portion of their innings.

But the patience of Tom Latham eventually bore fruit, two fours and a six helping him to 47 with helping hands from Neesham (19) and de Grandhomme (16) seeing New Zealand finish on 241 for eight.

Plunkett and Woakes both ended with three-wicket hauls, following in the footsteps of Derek Pringle back in 1992 in registering three scalps for England in a men’s World Cup final.

But where Pringle missed out, these England bowlers prevailed – as Morgan’s side became the first first-time winners since Sri Lanka became ICC Men’s Cricket World Cup champions in 1996.

New Zealand tied with England, at Lord’s, London. England won the Super Over via boundary countback