Spectators were left ducking for cover as the teams piled up a world record 46 sixes in St. George`s -- 24 by England and 22 by West Indies. 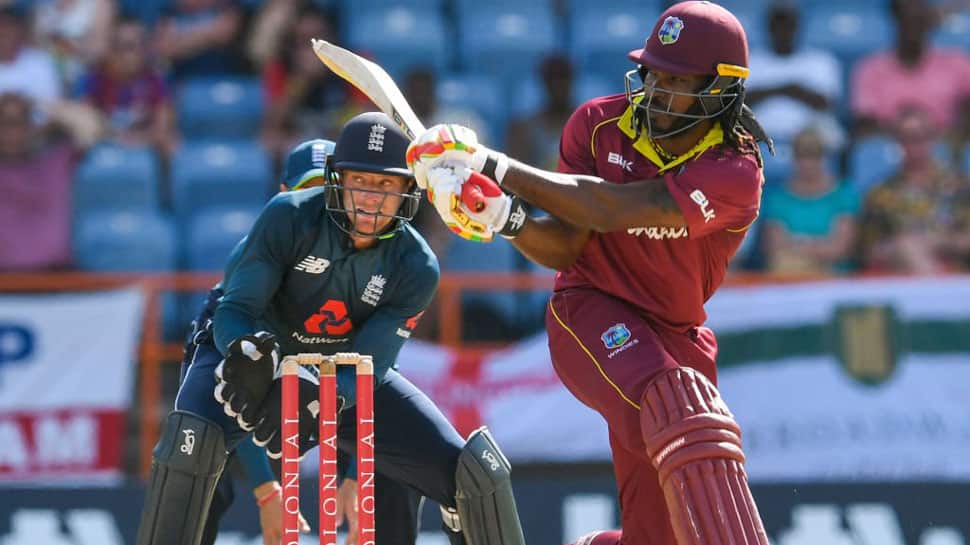 Spectators were left ducking for cover as the teams piled up a world record 46 sixes in St. George`s -- 24 by England and 22 by West Indies.

England`s total surpassed the 23 hit by West Indies in the first game last week, while the combined tally bettered the 38 sixes hit by India and Australia in Bengaluru in 2013.

Buttler smashed 12 sixes in his 150, from only 77 balls, while Morgan was almost subdued in comparison, compiling 103 from 88 balls as England scored 418 for six off their 50 overs.

Gayle`s innings meant that West Indies were ahead of the required run-rate for much of their chase and looked capable of achieving a remarkable victory.

It took a fine spell by fast bowler Mark Wood (4-60) and a match-winning 48th over by leg-spinner Rashid (5-85) to seal victory as West Indies were dismissed for 389, their highest one-day score.

The victory gave England a 2-1 lead in the series, which lost a game when rain washed out the third match in Grenada.

"Tonight was such a close game it could have gone either way," a relieved Morgan said. "Helluva game of cricket. It almost needed something special to win us the game with the ball and that was Adil Rashid alongside Mark Wood."

"Collectively as a group we battled brilliantly. Jos is built like a champion racehorse and when he gets out in his stride he`s very difficult to stop. Watching him in full flow today was exceptional."

West Indies captain Jason Holder said his team`s attitude with the bat had been "not to die wondering".

"We knew what run rate we had to keep up with and it was just a matter for us to just keep going and be fearless," he said, paying tribute to 39-year-old Gayle, who will retire from one-day internationals after the World Cup in England.

"To get 10,000 runs in any format of cricket is a great achievement. It`s unfortunate he has announced his retirement (because) he seems to be getting better with age."

The final match of the series will be in St. Lucia on Saturday.