On Sunday, Pakistan beat South Africa by 49 runs to stay in contention for the semi-finals. For Arthur, this win has come as proof that the team he coaches can play competitive cricket. 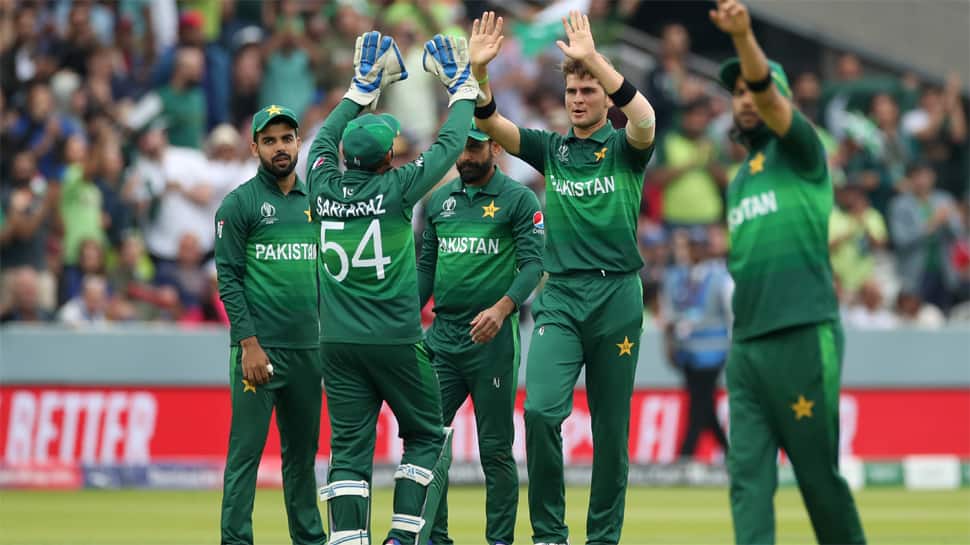 LONDON: Mickey Arthur has seen plenty during his time as coach of the Pakistan cricket team. Enough, you imagine, to fill up a fat book of anecdotes. But what he witnessed in the six days since Pakistan were beaten by India at Old Trafford on June 16 was something he had not seen before.

Being vilified on social media is something that international cricketers have had to become accustomed to, but what Arthur says he read, heard and saw since the loss to India was a different level. Senior players being trolled viciously, Sarfaraz Ahmed being abused by a fan as he walked through a mall, fans back in Pakistan writing the team off as hopeless, former players lambasting their performances. This stung the Pakistan cricket team and pushed them into a hole.

On Sunday, Pakistan beat South Africa by 49 runs in match 30 of the ICC Cricket World Cup 2019 at Lord’s to stay in contention for the semi-finals. For Arthur, this win has come as proof that the team he coaches can play competitive cricket.

“What I do know is that guys do, when their backs are to the wall, we get some good performances out of them, and maybe, yeah, I just think the guys were burnt last week. The guys were incredibly hurt, by media, by public, by social media, and hopefully we got a proper reaction from them today that can just shut some people up for a little while,” Arthur told reporters at Lord’s.

“Our guys need to be built up all the time. The minute they are bashed, like they have been the last week, our guys don’t respond to that in a very kind way, and hopefully we got a performance out today that vindicates the talent the boys have on the team.

“It’s amazing what a difference a week makes. Our boys hurt this week, all of us hurt, incredibly. Guys didn’t sleep much, but they came to the training every day and put in, in order to try and turn it around, and today we got some just reward.”

Pakistan could still make into the semi-finals, provided they win their remaining four games and other results go in their favour. Up next are New Zealand – along with India the only unbeaten team – in Birmingham, followed by Afghanistan in Leeds and finally Bangladesh at Lord’s. Arthur was not moved to term Pakistan’s win over South Africa as a revival, but said that after a very tough week following the defeat to India, the belief in the camp was high.

“I know we can beat New Zealand,” he said. “We are alive and kicking, without a doubt, and we play our best game, we beat anybody. Whether that’s New Zealand, Afghanistan, Bangladesh, our remaining games, or England, we showed. We put our three disciplines together, we are as good as any team in this competition.”

In Arthur’s view, Amir’s success at the World Cup – he is the joint-leading wicket-taker with 15 – owed to the bowler’s drive to make it back into Pakistan’s World Cup squad after being dropped on poor form.

“Whenever we’ve spoken, we’ve spoken about Amir being a very smart bowler. He backs his skills. His skills are excellent, and he works incredibly hard,” said Arthur. “The key today is he’s got a little bit of pace back. He’s bowling with a confidence that he didn’t have, and you guys are very quick to point out, he had five wickets, he had a strike rate of 121 since the [2017] Champions Trophy, and that waned, his confidence waned and waned and waned.

Wahab had earlier this year been rejected by Arthur from Pakistan’s World Cup probables, but after later being added the left-arm quick has made an impact in England: eight wickets in five games this tournament.

“I’m really happy with Wahab’s performances. They are outstanding,” said Arthur. “It’s been well documented; we left Wahab out for reasons that were documented. The Wahab now is not the Wahab that was two years ago, and sometimes you’ve got to be cruel to be kind. We are seeing Wahab come back with a massive amount of determination, really fit, and ready to go, and he’s producing for us. I couldn’t be more happier. I couldn’t be more happier that he’s turning in these performances.”

Pakistan have dropped the most catches in this World Cup – 16. Six of those came on Sunday at Lord’s. Amir grassed three – off his own bowling, at third man and at long-off. Asked why the team was butter-fingered, Arthur termed it “the million dollar question”.

Arthur was quick to remind the team’s detractors that when Pakistan bat, bowl and field to potential, they can be a lethal side.

“I thought we got our bowling and batting spot-on. Our problem is we haven’t put three disciplines together yet in any game,” he said. “We bowled well, we batted well. We didn’t field well today. So when we put three disciplining together, we’ll be exceptional. The closest we’ve got was when we beat England. We are very firmly in the World Cup. We win our next three games, we’ll qualify. So we know that.”

Cricket World Cup 2019: In hopes of an ecstatic crescendo, Pakistan hit the high notes and low