Clark`s daughter Kelsey-Lee had an asthma attack once when she was three-years-old. Since then Clark became serious about the disease and invested in a company that makes asthma identification tools. 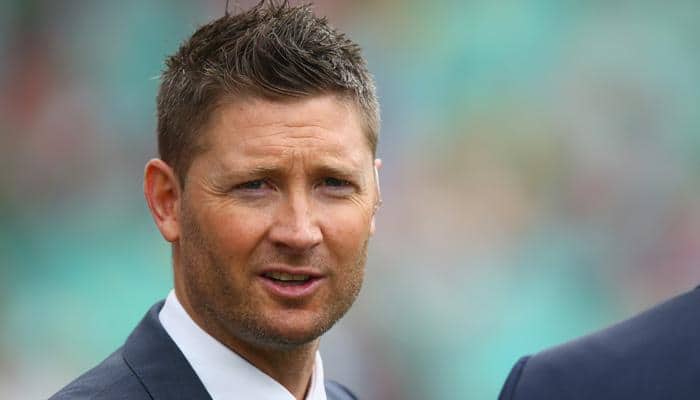 New Delhi: After retiring from cricket, former Australia captain Michael Clarke is nowadays busy making people aware of asthma. His involvement in this area is linked to an incident from his personal life. Clark`s daughter Kelsey-Lee had an asthma attack once when she was three-years-old. Since then Clark became serious about the disease and invested in a company that makes asthma identification tools.

Speaking to IANS on the sidelines of the MedParliament on Tuesday, the 38-year-old shared his journey and insights in healthcare entrepreneurship and the incident which led him to work on asthma awareness "I was always interested in doing business. In the last 4-5 years of my career, when I was Australia captain, I had started to focus on different types of business," Clarke said. "One day, my three-year-old daughter had an asthma attack and she started having breathing problems. At that point of time, I didn`t know she was suffering from asthma as nor me neither my wife had asthma."

"I became anxious seeing the condition of my daughter. I then took her in my car and went to the hospital and there we found out she had asthma. I did not know much about this disease. But, I wanted to help my daughter," he added. "On one day, I met Vaani who was part of a start-up firm named Respirin. She came up with a device named Vijing, which is effective in the cure of asthma," he added

The former Australia skipper further said he then began to study more about the device. "Once I got to know more about it, I was impressed by it and that`s why I invested in the start-up. The medical sector was not something which I had thought about investing but because of my daughter`s condition, I was attracted towards this sector and I wanted to help more and more people."

He also went to add that nearly 460 people die every year in Australia because of asthma.