While Smith and Warner`s one-year bans will be lifted at the end of March, Bancroft`s nine-month suspension had expired on December 29. 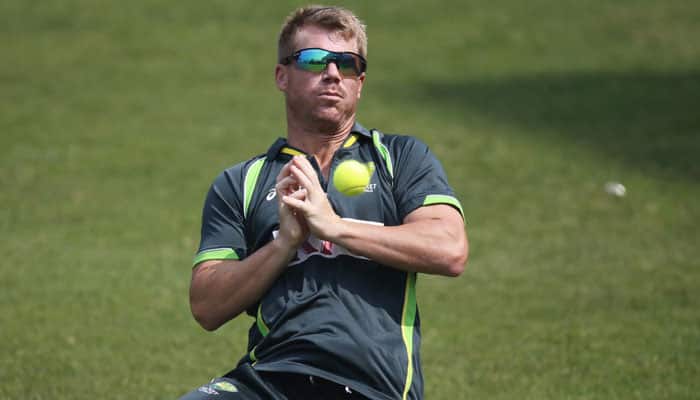 With just two months left to the expiration of his year-long ban, former Australian vice-captain David Warner is set to undergo a minor surgery to treat his injured elbow after making a return to home from a stint in the ongoing season of the Bangladesh Premier League (BPL).

Warner is expected to be assessed in Melbourne on Tuesday before he will undergo a treatment to clean up his problematic elbow on the same day, cricket.com.au reported.

Earlier, Warner and former suspended skipper Steve Smith headed into the BBL carrying small niggles before being forced to return home due to pain within a week of each other.

However, Warner's injury is not as serious as Smith, who is in an arm brace for six weeks following an elbow surgery and expected to spend the remainder of his time out of action recuperating the same.

Warner and Smith were imposed a year-long suspensions while bowler Cameron Bancroft was handed nine-month ban from international and state cricket for their involvement in a massive ball-tampering scandal that took place during the four-match Test series against South Africa in March last year.

While Smith and Warner`s one-year bans will be lifted at the end of March, Bancroft`s nine-month suspension had expired on December 29.

Warner is most likely to be available to make his international return during an ODI series against Pakistan in the United Arab Emirates (UAE), while Smith will be in a race to be fit in time for the series.