In the video, the couple could be seen dancing on Mahesh Babu's superhit song 'Mind Block' from the movie 'Sarileru Neekevvaru'. 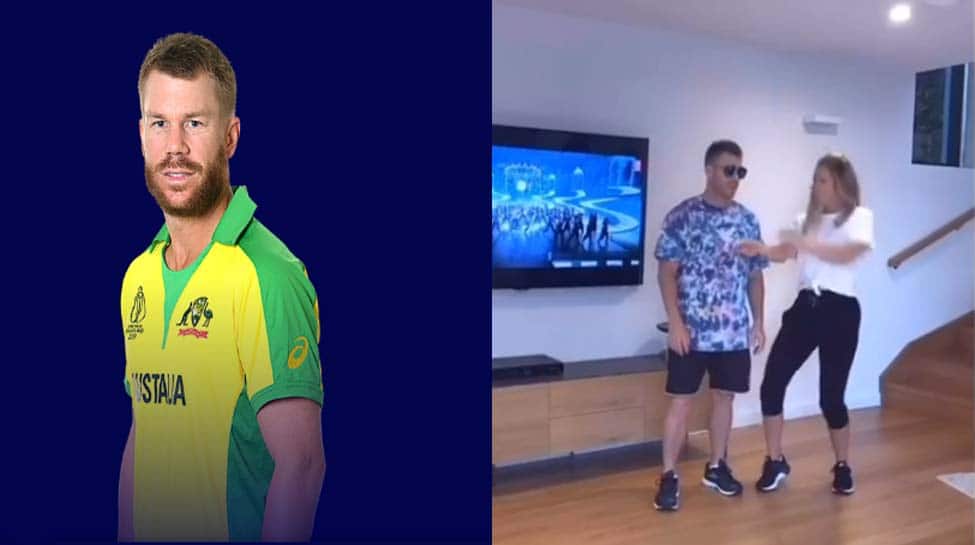 While all the cricket activities across the globe continue to remain at standstill due to coronavirus pandemic, swashbuckling Australia opener David Warner is constantly keeping his fans entertained these days by sharing pictures and videos of him and his family on social media.

From posting videos of baking cake with his daughters Ivy Mae and Indi Rae to perfectly lipsyncing the famous dialogue of Mahesh Babu from Telugu movie Pokiri, the 33-year-old former bastman has been on video-sharing spree these days amid the forced break from the game.

On Saturday, Warner once again took to his official Instagram account and posted a new TikTok video of him shaking legs with his wife Candice.

In the video, the couple could be seen dancing on Mahesh Babu's superhit song 'Mind Block' from the movie 'Sarileru Neekevvaru'.

Along with the video, Warner also revealed that he and his wife took 50 attempts to "almost" ace the dance steps.

""After 50 attempts and will show a video of the attempts later we almost got there. Haha thoughts?? #mindblock @urstrulymahesh," David Warner wrote.

After 50 attempts and will show a video of the attempts later we almost got there. Haha thoughts?? #mindblock @urstrulymahesh

Earlier this week, Warner dressed up like Telugu actor Prabhas from popular movie  'Baahubali' and posted the picture on social media.

"Who's costume do you prefer?" Warner had posted on Instagram along with a picture of Prabhas too along with him.

Recently, he also posted a video of him baking a cake with his wife and daughters-Indi Rae and Ivy-Mae.

In April, Warner made his debut on social networking app TikTok on the request of his five-year-old daughter Ivy-Mae. Since then, he has also been sharing those videos on Instagram.

Warner was set to feature for Sunrisers Hyderabad in the 2020 edition of the Indian Premier League (IPL), which was slated to take place from March 29 to May 24. However, the Board of Control for Cricket in India (BCCI) had postponed the T20 lucrative tournament indefinitely in April due to coronavirus.

On this day in 2019, England hammered South Africa in World Cup opener