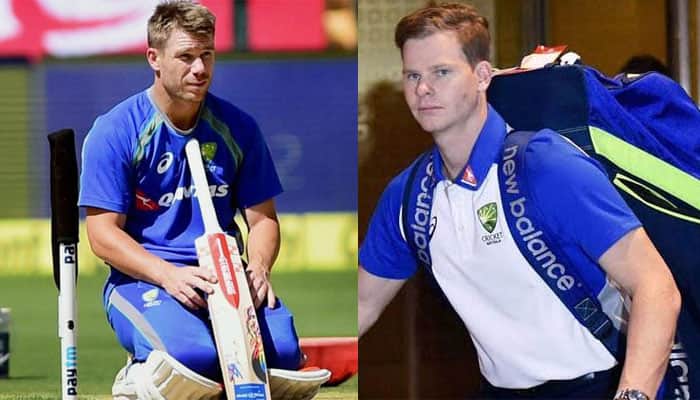 Southampton: Australian batsmen David Warner and Steve Smith were booed and heckled by the crowd in their warm-up game against England on Saturday ahead of the World Cup beginning next week.

Warner and Smith returned to international duty earlier this month after completing one-year bans for their involvement in a ball-tampering scandal in a Test match in South Africa. The duo's ban had ended on March 29.

There were scattered boos when opening batsman Warner walked out to bat along with captain Aaron Finch in the warm-up match after Australia lost the toss.

A spectator was heard shouting "Get off Warner you cheat".

There were more boos as Warner walked off after being dismissed for 43 to be replaced by Smith, coming in with Australia 82 for two in the 17th over.

There were a few chants of "cheat, cheat, cheat" when Smith arrived, although a lone Australia fan shouted back "Get 'em Stevie!", according to BBC.

But when Smith reached his fifty, the applause outweighed the boos but the jeers were very much audible.

The disgraced duo's first match in England was a hastily arranged, unofficial warm-up match against the West Indies here on Wednesday. But that fixture was played in front of fewer than 30 spectators, whereas there were several thousands here on Saturday.

Reigning world champions Australia are set to be in England for more than four months in a tour featuring both the World Cup and a five-Test Ashes series. PTI PDS PDS