Off the field, Chahal has made a name for himself on social media with his antics and not just his Indian teammates but cricketers around the world have taken note of it. 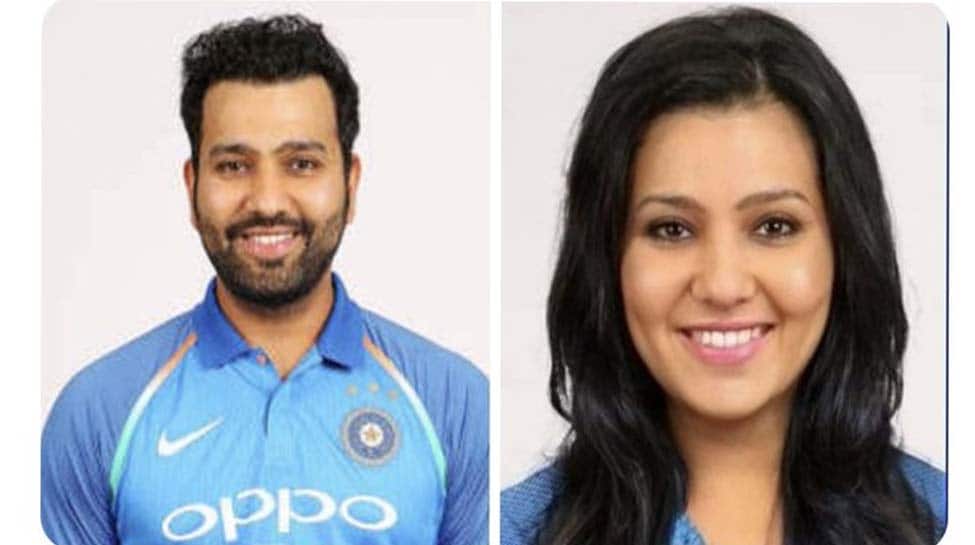 Leg-spinner Yuzvendra Chahal on Thursday returned to his unusual best on social media as he shared a hilarious photo of his Indian teammate Rohit Sharma on Twitter.

With no cricket currently being played due to coronavirus pandemic, cricketers have been engaging with fans on social media to keep themselves busy.

Chahal, who is known for his quirky social media photos and videos, took the mickey out of Rohit by sharing a morphed image of the opener that made him look like a woman.

His tweet read: "So cute you are looking Rohitaaaaaaa Sharammaaaaa bhaiya @ImRo45."

Off the field, Chahal has made a name for himself on social media with his antics and not just his Indian teammates but cricketers around the world have taken note of it.

Rohit, in the past, has made fun of Chahal for making his family dance on Tik Tok. Skipper Virat Kohli referred to him as a "clown" during his Instagram sessions with AB de Villiers.

As for Chahal's former Royal Challengers Bangalore teammate Chris Gayle, the West Indies cricketer went on the extent of saying that he is going to block the spinner on social media.

"I am going to tell Tik Tok to block you as well, seriously. You are very annoying on social media man. You need to get off social media right now. We are tired of Chahal. I don't wanna see you in my life again. I am gonna block you," Gayle had said during an Instagram live session with Chahal in April.