Happy Birthday Sachin Tendulkar: A look at his world records

Regarded as one of the most complete batsman in the history of the game, Tendulkar holds almost all batting records which exists in the game at the moment. 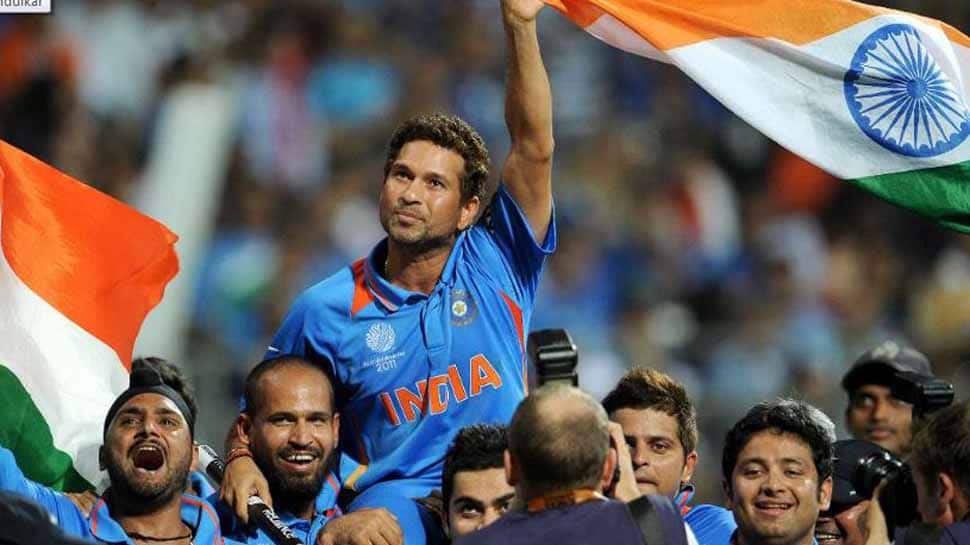 Legendary Indian cricketer Sachin Tendulkar, who is often hailed by many as 'God of cricket' and finished his international career as the highest run-getter, turned 47 on Friday.

Regarded as one of the most complete batsman in the history of the game, Tendulkar holds almost all batting records which exists in the game at the moment.

From finishing his career as the leading run-getter in Test and ODI format of the game to having scored highest number of centuries in the international cricket, the master blaster has inked several records to his name.

Let us take a look at them:

# Tendulkar, who made his debut for India during a Test series against arch-rivals Pakistan in Karachi in November 1989, finished his illustrious career as the leading run-getter in international cricket with a total of 34,357 runs across formats -- 15,921 in 200 Tests, 18426 in 463 ODIs and 10 in lone T20I he played against South Africa in 2006.

# The former Indian opener also holds the record of highest number of centuries in the international cricket--a mind-numbing 100 tons.

# With a total of 463 appearances, Tendulkar also holds the records of most ODIs played by any cricketer.

# The 47-year-old is the only batsman to have scored eight or more centuries against two teams. Tendulkar had notched up nine tons against Australia--most hundreds against any team-- and eight tons against Sri Lanka during his career.

# Tendulkar became the first player to notch up double centuries in the 50-over format when he smashed 200 not out off 147 balls against South Africa in Gwalior in February 2010.

# Tendulkar made a record six ICC World Cup appearances from 1992 to 2011 before finally managing to lift the coveted trophy when the then Mahendra Singh Dhoni-led side defeated Sri Lanka by six wickets in the final of the 2011 edition of the tournament at Wankhede Stadium in Mumbai.

# Tendulkar also received the most number of the 'Man of the Matches' and ' Man of the Series' awards by any cricketer with 62 and 52 awards, respectively.

# Former Indian cricketer Tendulkar also has the most 50-plus innings to his name. He has scored more than 50 runs on 195 occassions, which include 49 centuries and 96 half-centuries.

# Tendulkar also holds the record of most runs scored in the ICC World Cup with a staggering 2,278 runs at an average of 56.95 in 45 matches he played for India at the prestigious tournament.Besides this, the master blaster is also standing at the top in the list of most runs scored in a single World Cup edition with 673 runs in 11 matches in 2002-03.

On November 16, 2013, Tendulkar bid a tearful adieu to his international career following a Test match against the West Indies in his home state Mumbai. He contributed a fluent 74 runs during that match which India won by an innings and 126 runs.

Indian batsmen played for themselves, not for team: Former Pakistan skipper Inzamam-ul-Haq