If historical stats are taken into consideration, the Men in Blue have an edge against the Black Caps. 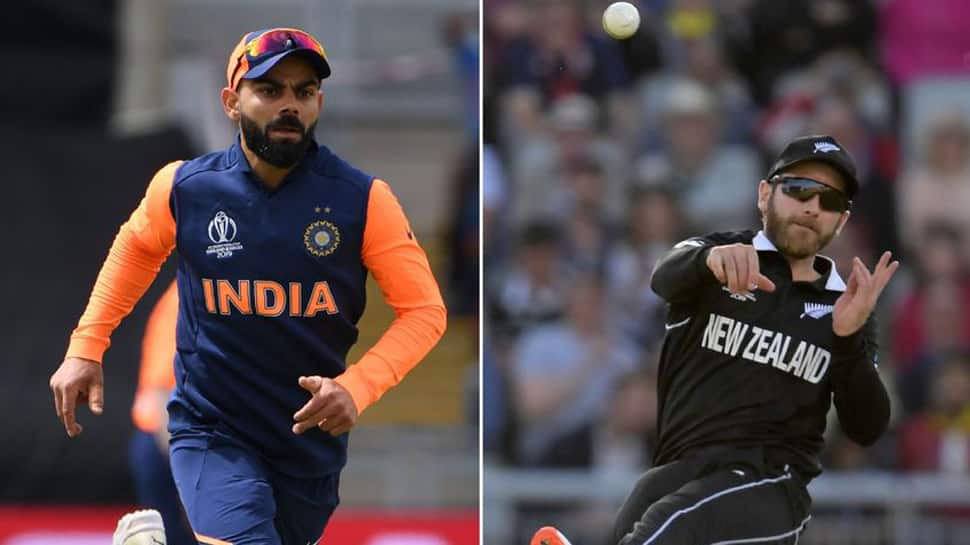 India is ready to take on New Zealand at Old Trafford stadium in Manchester in the first semi-final of ICC World Cup 2019. While India has entered the semis by bagging the top slot of the points table, New Zealand appear on the fourth position.

Both India and New Zealand have had several stints in semi finals in world cups. But if historical stats are taken into consideration, the Men in Blue have an edge against the Black Caps.

India have entered world cup semi-finals on as many as six occasions. While they won three of the semis, they were defeated by their rivals in three matches.

On the other hand, New Zealand have had an abysmal record when it comes to semi-finals of world cup tournaments. Having appeared in seven of the semi-finals, the Kiwis have won just one and lost in six matches.

New Zealand’s only victory in a semi-final came in the previous edition of ICC World Cup in 2015. The Black Caps were pitted against South Africa in the 2015 semi-finals at Eden Park in Auckland. The Proteas won the toss and decided to bat first, scoring a total of 281 runs for the loss of five wickets in 43 overs.

Chasing the target, the Black Caps scored 299 for the loss of six wickets in 42.5 overs. As the match was affected by rain, the result was declared through Duckworth-Lewis method and New Zealand won the match by four wickets.

In ICC World Cup 2015, India too qualified for the semi-finals and played against Australia at the Sydney Cricket Ground. Australia won the toss and decided to bat first.

They scored a total of 328 runs for the loss of seven wickets by the end of 50 overs. Apart from Mahendra Singh Dhoni, who scored 65 runs in as many balls, none of the Indian batsmen performed well and the team was bundled out for just 233 runs in the 47th over of the match. Australia won the match by 95 runs.

It is now to be seen as to how both the teams perform at the Old Trafford stadium. Will New Zealand’s losing streak in World Cup semi-finals continue? Or will India repeat its 2011 performance and enter the finals with a bang?