India's Most Trusted Fantasy Sports App, Howzat partners with cricket legends to be part of Indian T20 advertisements and other brand communications 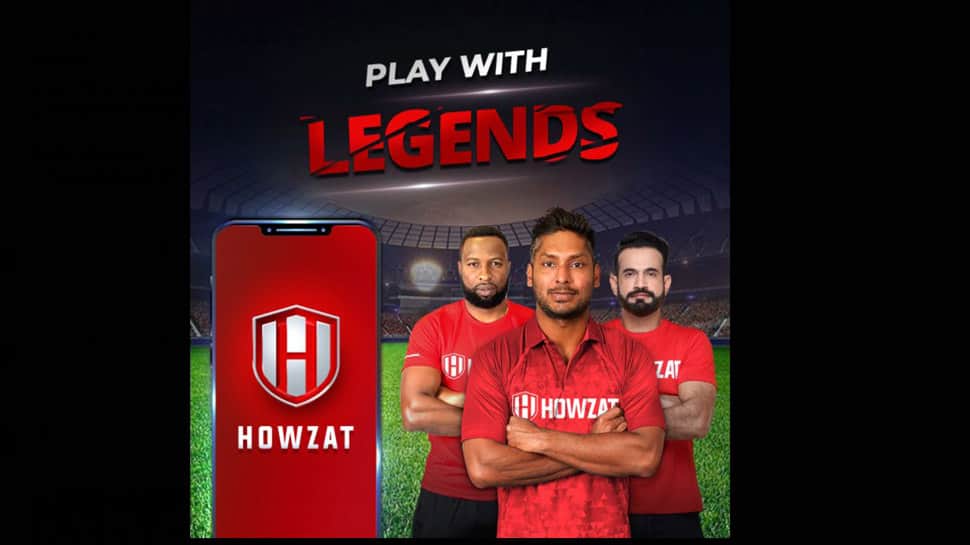 Howzat, India's Most Trusted Fantasy Sports App, ropes in cricketing legends Kumar Sangakkara, Keiron Pollard, and Irfan Pathan, as the official brand ambassadors. The association will cement the integrity and passion that millions of fans look for in a fantasy app. The tie-up is also timed with Howzat's next growth phase, as the fantasy app is looking to expand its presence pan-India. Irfan Pathan will be featuring in advertisements online, and shared his thoughts, "Very excited to team up with Howzat.com. I have always tried to connect with my fans since the time I started playing. Now after retirement, this gives me a chance to stay connected with them and also bring a sense of competition and excitement that the game of fantasy cricket offers. This platform gives a chance for everyone to showcase their skills and become a champion. This much-awaited cricket season is the perfect time for the fans and me to play together and this innovative feature of Howzat.com to "Play with Legends" makes that possible."

Talking about playing at Howzat, Kumar Sangakkara, a former Sri Lanka captain and one of the most prolific international batsman in history, commented, "I am really excited to be partnering with the Howzat team and engaging with fans as part of their “Play with Legends” feature. I might have retired from playing, but I remain deeply passionate about the game and look forward the challenge of playing directly with millions of cricket fans. The app is fun and a great test of your tactical skills and cricketing knowledge.”

Commenting on the association, Kieron Pollard, who has a huge fan following in India and is a marquee player in the IPL, said, "Cricket in India is a religion and the passion that the people of India have towards the game is unparalleled. Now with the matches being played in empty stadiums, the app gives me a chance to play with these passionate Indian fans and have fun while playing against each other. It’s our fans who keep us motivated to give our best both on and off the field and Howzat.com is full of intelligent and fun-loving fans, I hope the fans will love playing against the legends"

"We are excited to associate with three legends of cricket, Kumar Sangakkara, Keiron Pollard, and Irfan Pathan. We are extremely thrilled that all the three legends will be making their own teams on Howzat.com which our customers can directly compete with. This innovative feature of playing with the legends adds a new dimension to fantasy sports. We are sure that in this coming Cricket season, the fantasy sports enthusiasts will be excited about this opportunity to challenge and compete with the legends they have followed over the years", said Aman Sajita, Head of Growth and Revenue at Junglee Games.

The excitement for Howzat gamers continues with a special promotion - Beat The Legends. It is an exclusive offering where gamers can play against Kumar Sangakarra, Keiron Pollard, and Irfan Pathan. Beat The Legends will allow gamers to test their game strategy and knowledge against the cricket legends themselves. While beating the cricket legends in their own game will be a rewarding experience in itself, Howzat has sweetened the pot with winning prizes.

Howzat is a fantasy sports app that combines a game of skill and cash prizes all in one place. It allows gamers to create their own fantasy (Cricket/Football/Kabaddi) teams from among the players playing real matches on the ground. It is a 100% safe and secure platform and has been trusted by 7 million+ users in India.

Kumar Sangakkara, one of the finest wicket-keeper batsmen ever to grace the cricket pitch, was also a master strategist who knew how to lead his team to victory. Pollard, known for explosive batting & entertaining antics, is full of passion & aggression. Irfan Pathan was the poster boy of Indian cricket over the last two decades and resurrected the swing bowling revolution in a spin dominated Indian cricket side.

Founded in 2012 by Ankush Gera, Junglee Games is the fastest-growing skill-gaming platform, with over 25 million users across the globe. The company is on a mission to build games that will entertain, and be remembered by, millions of people for years. Operating mainly from San Francisco and Delhi, Junglee Games has teams in San Francisco, Hong Kong, India, Vancouver, Argentina, and Poland. The most notable products helmed under the banner include Rummy, Eatme.io and Howzat Fantasy. After establishing a strong footing and a dominant position in India, Junglee Games plans to expand to the US and the UK. To support this endeavor, the company plans to build and launch new global IP while foraying into eSports and mSports.