This match will be a dress rehearsal too before the Kolkata derby play against East Bengal on January 27. 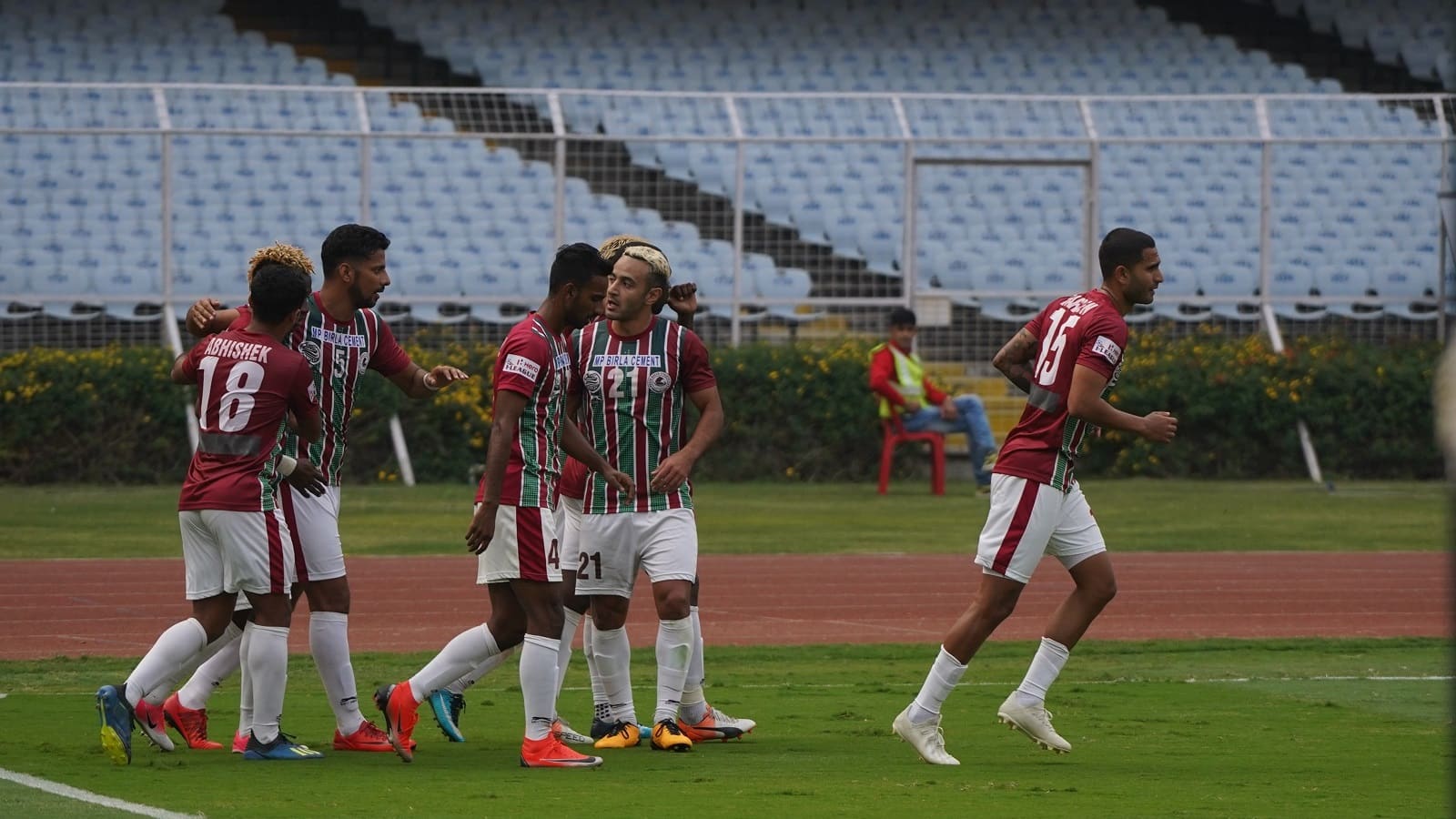 Mohun Bagan will look to continue their winning momentum when they take on Neroca FC in an I-League encounter at the Vivekananda Yuba Bharati Krirangan in West Bengal on Saturday.

The hosts will also have revenge on their mind as less than a fortnight ago, Mohun Bagan suffered a 1-2 defeat to NEROCA in their away fixture before going down to Real Kashmir at home, leading to the exit of head coach Shankarlal Chakraborty as the team slipped to sixth place.

The visitors on the other hand are on a six-match unbeaten run and defeated Shillong Lajong 3-2 at home in the last round as the Imphal outfit are three points shy of leaders Chennai City FC.

This match will be a dress rehearsal too before the Kolkata derby play against East Bengal on January 27.

In their last game under Jamil, skipper Sony Norde led from the front as Mohun Bagan looked a rejuvenated outfit with Aser Dipanda Dicka regaining his shooting boots in his comeback match.

The former I-League winning Aizawl coach however cautioned their defence against the attacking Imphal side.

"We have to be defensively strong. They are a good team. We have practised setpieces. Players know NEROCA are good in setpieces. So we have to do well.

"NEROCA are good side. They have good foreigners and Indian players. They play as a team. Eduardo and Katsumi are great players. I don`t think about result. We have to start the matches positively and try to get results," Jamil said.

Spanish coach Manuel Retamero of NEROCA FC knows the importance of their clash against Mohun Bagan as a win will take them on par with the table toppers.

"It`s a big match for both teams especially for us. They are one of the biggest clubs in India. We are playing very well now, have improved since first game.

"We have to keep our momentum. They changed coach and now they are more powerful. It is a very hard and tough match tomorrow. I hope we give our best and get the desired result," the 45-year-old said.

The former Aizawl FC tactician further said their central defender Eduardo has come back strongly after recovering from injury. The Brazilian had scored the opening goal against Mohun Bagan in their 2-1 win in the first leg.

"Now he is playing like a 24-year-old. All the players are working hard. It`s not about the coach only but all the players in the squad," he said.

As the business end nears, the I-League table is crammed with any of top six teams in a mathematical equation to win the title.

"It doesn`t matter when we play a team whether now or later. This year the title race is very tough. Chennai are there, EB and MB are pressurising. Kashmir is there. We are fighting with big clubs. This season is very difficult," he said.

Recalling his goal against Mohun Bagan, Eduardo said, "I was glad to score against big club like MB. Tomorrow we go again. I didn`t celebrate last game as I respect MB. But on the field we will give our best and try to win."